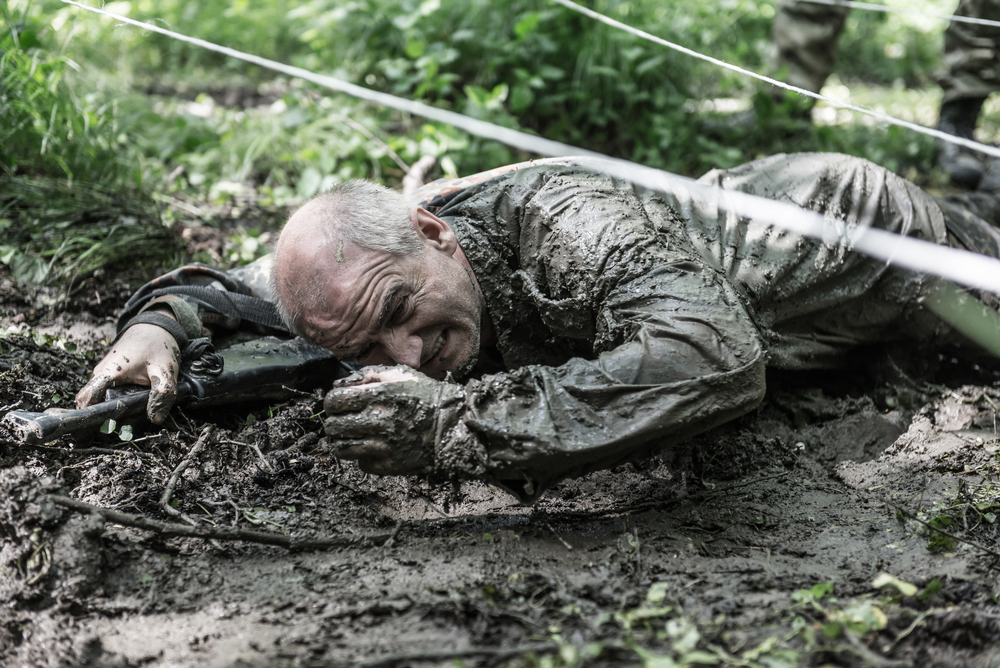 IT WAS the news they were fearing, but it was also the news they had learned to come to expect. Garth Brooks has announced a third, forth and fifth date at Croke Park for September 2022, and there are fears the country music fundamentalist won’t stop there. No, someone will have to stop him.

While everyone was making the predictable jokes and sharing memes, Croke Park residents were dividing into predesignated columns and crawling, rifles under arms, through the mud.

“We’re brokering a deal with some lads from the Middle East for a dozen surface to air missiles but I’m not sure it’ll be enough,” Dublin mother-of-three Sarah Lancey told WWN.

“We shall not stand idly by and accept our fate as designed by the tyrant Brooks. There will be no third night of culchies pissing in our front gardens, puking on our paths or conceiving the next generation of country obsessed farmers behind our bins. No, Hoedown Hitler will be stopped!” went the war cry of the residents’ commander, 83-year-old Fidelma Hickey, a veteran of Garth Brooks War I.

Loading quinoa salads, free trade organic single origin coffee and sushi into catapults, the Croke Park militia lobbed the contents into the stadium as part of preparations for the battle to come.

“The plan is that on the nights of the gigs we volley all these high-falutin city notions at them and they’ll suddenly feel overwhelmed by the cosmopolitan nature of their surroundings and panic,” explained head of psychological warfare Dermot Kenny.

“Meanwhile we’ll have dozens of scaldy lads outside in Canada Goose on e-scooters ready to rob their wallets as they flee the stadium in a panic,” added Kenny while out on tactical manoeuvres on the Jones Road.

“Not again, no. God, not again,” said another resident rocking themselves by back and forth, believed to one of thousands of veterans suffering from Post Garth Brooks Traumatic Stress Disorder, or Cowboyphobia, for short.