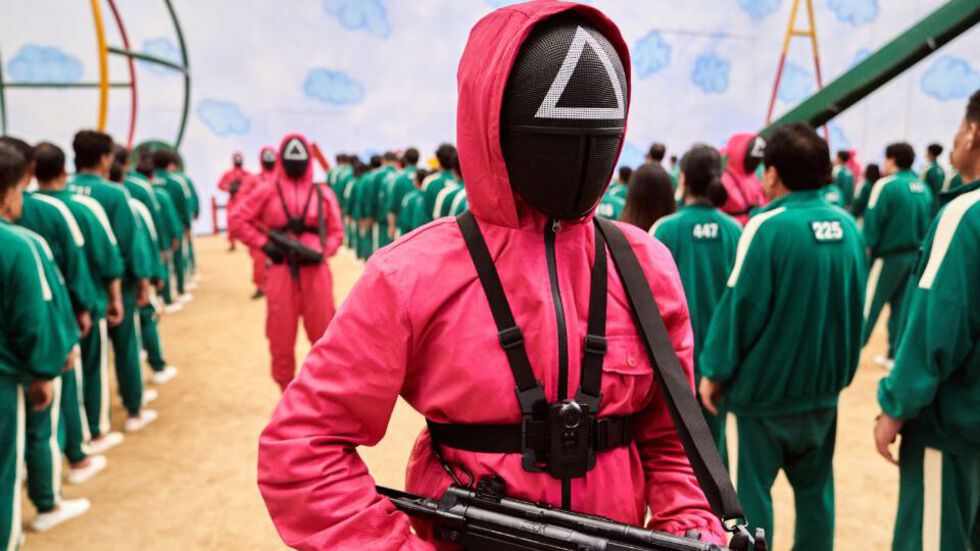 FILE IT under ‘entirely predictable news’ as Squid Game, the international streaming smash hit for Netflix, is getting a second season.

The show’s creator Hwang Dong-hyuk confirmed the news, delighting legions of fans around the world. Aside from the 2,000 new jobs the second series will create in the growing ‘Squid Game pop culture opinion piece’ industry, new episodes mean a monumental amount of anticipation and speculation.

WWN has the inside track on some major season 2 plots and can reveal all below:

Citing ongoing economic uncertainty around the world, shadowy Squid Game operators confirm that this season’s piggy bank will be made up of a new cryptocurrency called SquidCoin and is in no way a pyramid scheme which will bankrupt idiots.

The opening scene will see one character going slowly insane as people insist on calling it ‘Squid Games’ and not ‘Squid Game’.

Guards at the games’ compound go on strike after complaining of poor working conditions such as no piss breaks which often lead many of them to urinate in their suits, and using their masks as makeshift bidets.

Returning to exact revenge on ‘The Front Man’, last season’s winner Gi-hun, now played by Ryan Gosling because of focus group feedback from US audiences, gains entry after disguising himself as the Red Light Green Light robot.

Angry Squid Game organisers trying to bounce back from the economic hardship of the pandemic angrily take to social media to complain about ungrateful and lazy people and how hard it is to get participants for the competition as welfare rates are too generous these days.

The Irish iteration of the competition is abandoned after all participating contestants instantly choose death over the possibility of going back to the rat race.

The America version is just poor people joining the army in a bid to get free college tuition.

The first contestant eliminated is a foreign South Korean pop culture fan, who forgets to complete the task and just spends the whole time telling people they to watch Parasite and the Vengeance Trilogy.

Elon Musk sells more Tesla stock to pay for a a cameo as one of the masked tycoons watching over the competition.

Working titles for the second series include $quid Game, 2 Squid 2 Game, Let’s Milk This For All It’s Worth and Help Netflix Have My Family & Won’t Let Them Go Until I Write This.