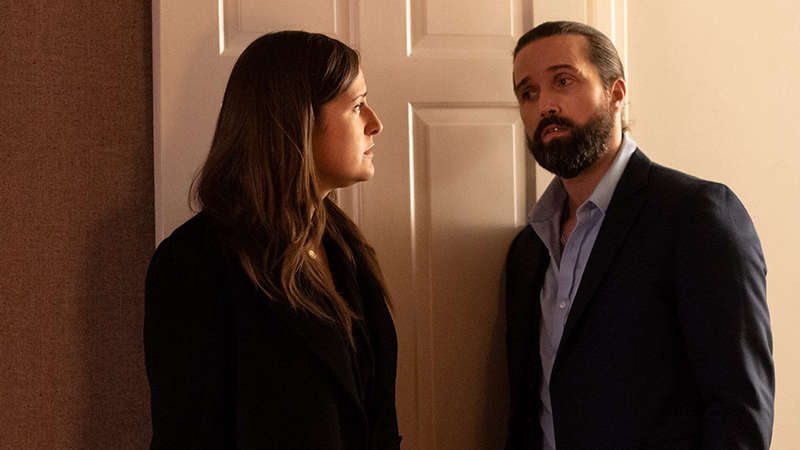 STILL RECOVERING from RTÉ’s gangland drama? Relive all the twists, turns and shocks with WWN. If we omit any of your favourite bits we can only apologise but we missed a good 59 minutes of the final hour thanks to the RTÉ player repeatedly skipping on us.

Escaping from prison and smuggled out to America, the Viking gets a contract with the UFC, and under the tutelage of Conor McGregor, becomes an even bigger asshole.

Amanda finally vows to kill Eamon Coughlan after he rings her house and does the classic “Hello, can I speak to Miss Hugginkiss, first name Amanda?” Simpsons prank call.

With the Aviva’s booster engines repaired, the Kinsella’s bid a tearful farewell as the space craft returns to its home planet.

During her son’s months mind, Amanda forgets the responsorial psalm, before being called out by the priest and shamed in front of the entire church. Amanda agrees to a penance of 200 Hail Marys and 4 decades of the rosary.

Despite the show being sponsored by Skoda, a defiant Amanda continues to drive a Volvo.

Short on budget, producers have been criticised for the jarring effect felt by viewers when the ending to the final episode was replaced with a VHS recording of the climatic scenes of The Godfather.

Fans of the show speculated that Aiden Gillan’s character is based on Aiden Gillen.

It may have taken eight long episodes, but finally, Jimmy is the one to ask “wait, why are we always whispering? Can’t we talk at a normal audible volume?”

There’s plenty of set up established for a potential season 2, and we can’t wait for the non-jury Special Criminal Court trials.

Love/Hate fans were left disappointed as the entire show was nothing like Love/Hate, calling for more cats to be shot by machine guns.

After years of perfecting the accent, Michael accidentally pronounces ‘thirty-three and a third’ correctly, revealing that he is really an English actor, condemning himself to death in the process.

Staying true to life, not one joke or piece of banter was said by any of the criminals throughout the entire season of Kin.

Fans of the show were left confused at a musical number scene which saw a tap-dancing gang leader Eamon Cunningham joined by the cast of Mrs Brown’s boys to perform their version of Frank Sinatra’s ‘I Did It My Way’, before being shot point blank into the eye sockets by Michael Kinsella.

In a departure from the gangster action, we were treated to scenes of international scientists descending on Dublin to ask Kin’s camera crew why Dublin is seemingly in a state of permanent grey. “Seriously that TV show on Chernobyl looked like a suntrap compared to this” – remarked one weatherologist.

Finally, in a stunning twist to end all twists, viewers everywhere gasped in shock when the delicate jigsaw puzzle of a plot finally took shape. In a ‘Usual Suspects coffee drop’ moment viewers realised that ‘Kin’ is also the first three letters of ‘Kinahan’.