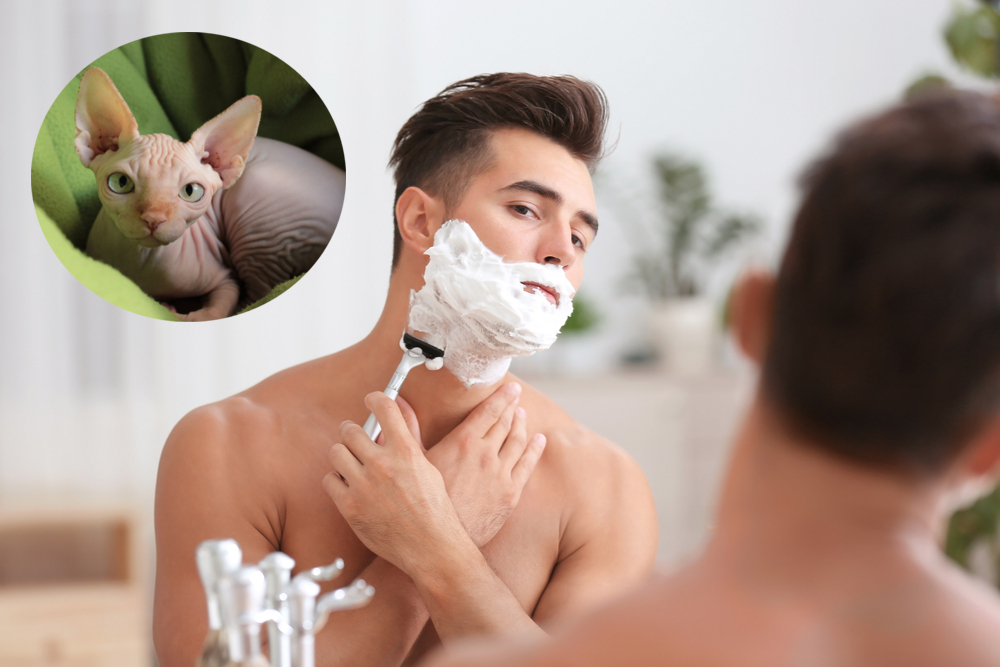 A CONCERNING report issued by the International Alliance of Beleaguered Girlfriends has confirmed that all measures must be taken and no option too drastic to rule out when it comes to preventing your boyfriend from shaving off his beard.

“I thought ‘lol’, wouldn’t it be fun for him to be clean shaven, see what he looks like but he looks like a scared sphynx cat and now I want to abandon him at the nearest animal shelter,” mourned one regret filled girlfriend, who could have just stared at old pictures of her beau if she wanted to know how devoid of rugged handsomeness he was before growing his beard.

“I protested when he said ‘I’m thinking of changing things up’ but I didn’t protest enough and now the bottom half of his face looks like an anemic youthful cueball. I want my dangerous viking looking male model of a boyfriend back, who do I complain to? Where is my refund?” another woman remarked.

The IABG have confirmed that partners whose boyfriends are reduced to a sphynx cat like lump post-beard shave will feel a number of emotions but are urged not to panic.

“You will feel lied to, betrayed. You will google ‘how to glue man’s beard back on’. You will cover your man with a sheet. You will ring 999 and report his jawline missing. You will go through various stages of grief including shock, denial, anger and refusal to accept this is same bearded man you met three years ago’,” confirmed one IABG member.

“But think on this; the beard will grow back so gather yourself, go to that Zen place and tell your partner that will be ceasing all interactions with them until they return to you fully beared,” offered the IABG member.