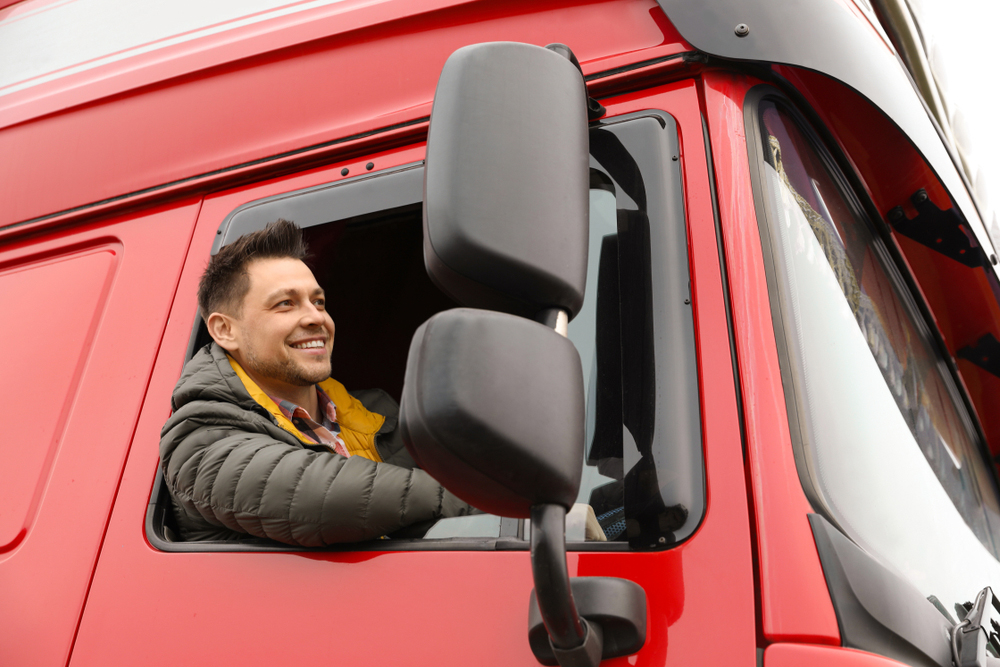 OVERWHELMED by the fact that another similar looking vehicle was travelling the opposite way on a road in the same country of origin has sparked an uncontrollable headlight flashing frenzy on the M9 today, WWN can report.

In what was meant to be just another casual haulage trip to Dublin, Waterford City truck driver Damien Thomas recalls the incident in stunning detail.

“Seriously, what are the chances?” the son-of-two opened up, the emotion still fresh in his quivering voice, “it was like two ships sailing in the night, unaware of the vast scale of the universe, yet drawn together is some kind of cosmic destiny, disintegrating the probability of chance and all known logic and reason”.

The chance encounter began whilst Thomas was driving over a slight hill, descending down the M9 motorway past Mullinavat.

“I squinted at first, not believing what I was seeing,” he recalls, “it was a 2019 Hino 500 beating it up the hill towards me on the other side of the road,” he added, shaking his head in disbelief, “it even had the roof headlights – like mine – spray wafting from its tires on the wet road like an angel emerging from the clouds… and there it was; a bright white light blasting towards me, calling me to respond”.

It is understood at that moment the Waterford truck driver engaged his counterpart with some headlights of his own.

“There was something in the comradeship, that feeling of oneness, we were essentially at one with one another, like everything made sense at that exact moment in time and space, but time didn’t exist and space was a fabrication of our collective consciousness experiencing itself momentarily in a passing acknowledgement of togetherness,” Thomas described the incident, before concluding, “now, it was either that or he was flashing me over the backdoor of my truck being wide open and flapping in the wind, but it was a moment nonetheless”.