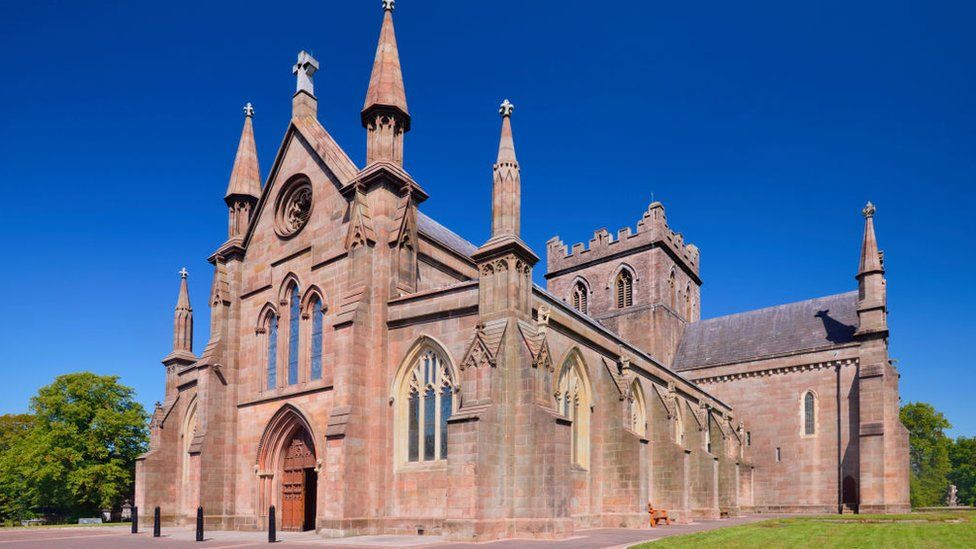 CREDIT where credit is due, the calm and collected response from many avid nationalists to the staging of an event marking the partition of Northern Ireland has allayed the fears of many who thought the process of a potential reunification would not be far from a utopian cakewalk.

“Dirty west Brit scum politicians, we see you,” shared one man when he learned that the government would be sending representatives to attend the event, utilising the sort of calm and measured response which indicated the path to a United Ireland would be paved with conciliation, patience, understanding and respect.

Experts from the world of conflict resolution, history and politics suggested that while the church event was a minor affair, the levelheaded discussion surrounding it certainly boded well for bigger questions.

“Bigger issues like flags, citizenship, Troubles era amnesty, the role of Stormont, what currency will UI use and so on. I was worried about all that but frankly I’m embarrassed now since there is clearly nothing to worry about when everyone is so open to compromise and cross-community inclusion,” shared one expert.

“I thought all online discourse around the event would be filled with inarticulate bile but boy was I wrong,” shared another, whose internet connection must be acting up.

Based on the response, many have adjusted their own expectations and now believe plans for a United Ireland should be accelerated.

“If a church service with the title ‘Reflection and Hope’ can pass without any major discord, we can easily absorb 750,000 plus Unionists without a single hitch,” confirmed one man, fresh from scrawling ‘traitors’ graffiti on the walls outside RTÉ after the broadcaster aired the mass on TV.