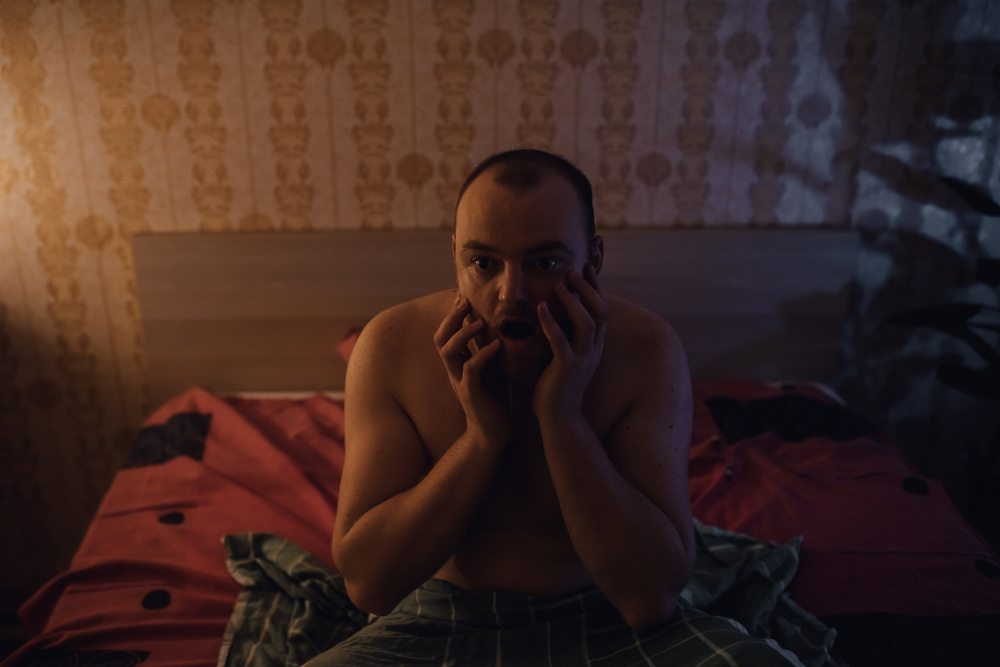 “OH GOD nooooo” screamed middle aged man Steve Kearty as he bolted upright from another nightmare so horrifying, he still struggles to talk about its contents.

“The famous silhouette was there and the music, but then… it was a woman, she said ‘call me Bond, Jasmine Bond’ and then cackled like a witch,” shared Kearty before dissolving into tears and collapsing into the arms of his wife.

Often drenched in sweat, Kearty now regularly thrashes around his bed trapped in the horrific dream-reality in which Her Majesty’s most lethal killing machine is a dainty girl who voted to remain in the EU.

“What made a lady Bond worse for Steve was she was also very outspoken in his nightmares on political issues. Instead of kicking Russian spies in the nads, lady Bond is attending BLM marches and advocating for better disability supports since she lost a leg in the Falklands,” explained his wife, Clare, who has retrained as a therapist to look after her wailing wreck of a husband full time.

It’s been a tough time for Clare too, as she has often felt helpless.

“There was one night when he was trapped in the nightmare, I could see Steve trying to munch down on his tooth to break into a make believe cyanide tablet, you know the types spies have, so he didn’t have to live in this lady Bond world anymore. It’s harrowing,” Clare said, biting her lip.

Kearty now survives solely on a diet of caffeine tablets in a bid to ensure he never falls asleep again.

“What was the point in winning two world wars and a world cup and all that if it means the fictional spy in a movie franchise that comes along roughly once every four years or so is a lady, what was any of it for?” Kearty concluded.

Elsewhere, pop culture sites have confirmed they will continue to pretend like the producers of the proudly sexist franchise would ever do something like this despite the sites being warned by health experts that one more ‘Actresses We’d Like To See Play Bond’ list could result in a raft of heart attacks among middle aged men.