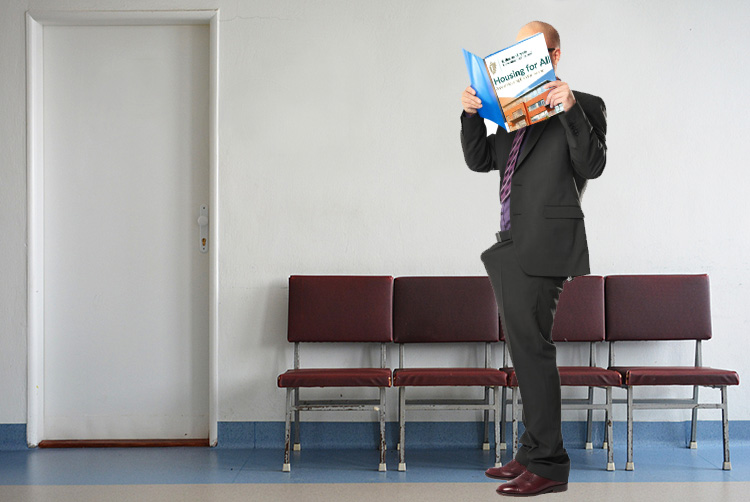 LANDLORDS suffering from a spate of spontaneous erections this week are being warned of further rises after new research found a link between rising inflation rates and their throbbing members, WWN can report.

Hundreds of property owners across the country have been admitted to hospital with what is believed to be thrombosis of the dorsal vein of the penis, leaving them in a temporary state of hardness, believed to have been caused by news that inflation rates have hit 3pc in August, allowing them to pass on the increases to sitting tenants.

“When the housing minister said he would keep annual rent rises based on inflation instead of set caps, I was a little dubious,” one erect landlord told us in A&E with an icepack on his crotch, “but then when inflation suddenly shot up for the first time in 13 years, I knew he was actually just looking out for us all along”.

Before the new system was brought in, rents could only rise by 4pc a year, however, with O’Brien’s genius new plan, rents could now surpass that threshold, causing a landlord erection epidemic.

“Oh Christ it hurts so bad, but it’s a nice kind of pain, like a lose tooth you know you can pull out eventually,” another landlord caught in the peak of a deep vein thrombosis gave, “God bless Darragh O’Brien and this government, not only are they making us landlords super wealthy, they’ve also recently announced that they’re going to totally ignore the 180,000 vacant properties we own around the country and instead build more unaffordable new homes with taxpayer’s money, making billions for property developers at a profit of 195k per unit in areas like Dublin – legends!”