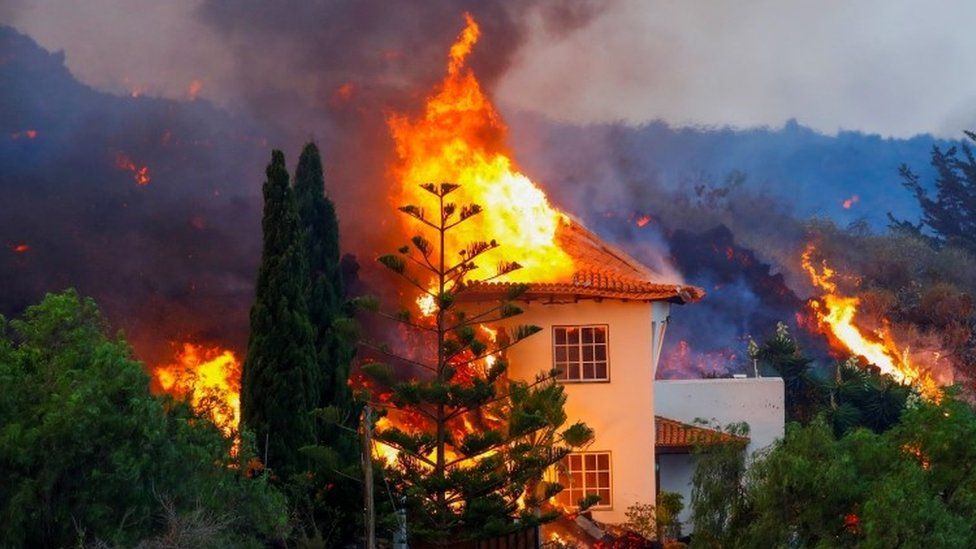 A RIVER of molten rock spewing from an active volcano, tinging the air for miles around with the acrid smell of sulphur and death appears to be no deterrent to some holidaymakers who still feel that heading to the stricken Canary Islands would be preferable to their usual September grind.

“God I wish I was there right now,” said one Waterford woman we spoke to, watching news images of the Cumbra Vieje volcano reduce the homes on the island of La Palma to ash.

“I’ve a double-shift at the weekend and the kids came home from school with headlice. So, yeah, the thoughts of lying on a beach drinking a nice G&T in the sunshine sounds great, even if a 4.2 magnitude earthquake has recently split open two hell-mouths that are coughing forth rivers of red hot death. Is there an Irish bar on La Palma?”

While officials have reported that no further eruptions are expected, theories persist that the Canary Islands are gearing up for a ‘mega eruption’ that could generate deadly tsunamis that would decimate the east coast of America and, even worse, the south coast of Ireland.

“Hopefully Cork takes the brunt of it,” stated the nation upon hearing the potential news, “fuck Cork”.

Meanwhile on La Palma, evacuation attempts are being hindered by ‘fucking idiots’ trying to get close to the volcano for a better look, proof that maybe an extinction level event is well overdue.