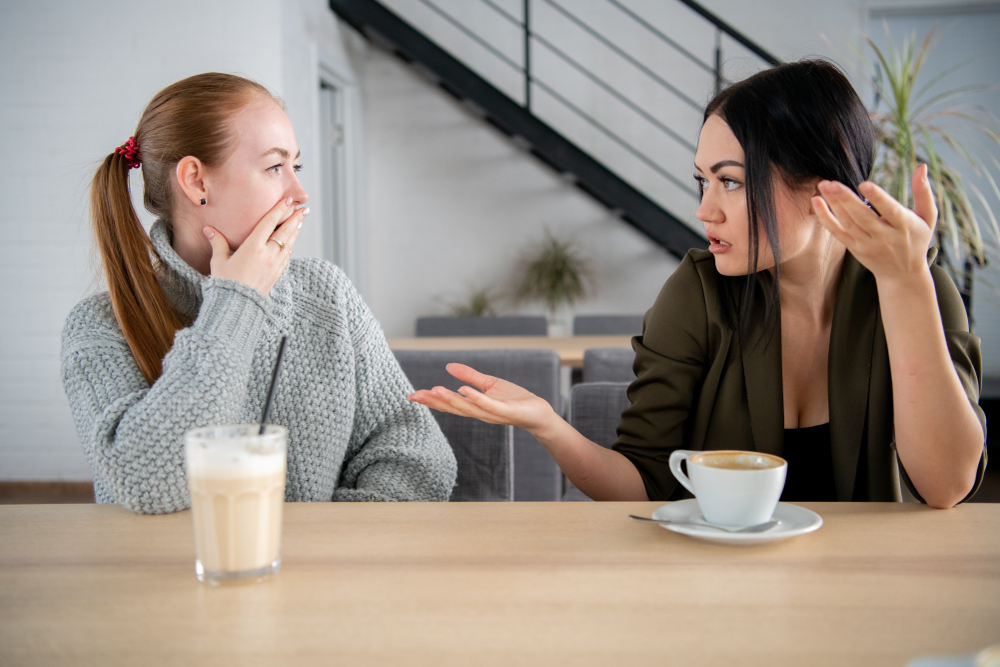 THERE comes a time in every friendship when you just have to support your friend even though they’re very clearly wrong, but not because they are your friend rather because they’re sort of intimidating when they’re angry and you don’t deal well with confrontation.

This was the exact dilemma facing Rebecca Sulnan when listening to her friend Tara Pearse complain about the well paid job she is currently in despite Pearse openly stating she calls in sick regularly and does next to know work in.

“Oh my God, yeah you’re so right,” nodded Sulnan, after Pearse said something which made it clear how wrong she was.

“You always leave early from there, often turn up half-pissed and keep missing your easily achievable targets, but this isn’t bullshit that as a friend I should call you out on so you’re definitely in the right,” Sulnan added with her perfected smile which suggested it’s just easier agreeing with everything her friend says.

“It’s either let this totally harmless pattern repeat itself for the next 50 years of our friendship or forcibly inform her she’s often wrong and that it is okay, but who wants to be shouted out in public, c’mon?” Sulnan confided in WWN as she fled to the toilet of the cafe the two friends were in for a brief respite.

The conversation repeated the same rhythms Sulnan’s conversations have taken with Pearse since they became friends some 10 years ago with Pearse’s talent for waving her hands around in such a way you’d be justified in thinking she’s going to take a swing at someone.

“Don’t get me wrong we’re totally best friends, she’s great, our friendship is great, but she absolutely terrifies me, and I will never challenge her because she grunts and gnarls when she’s angry, ha-ha,” confirmed Sulnan not sure why she was laughing.