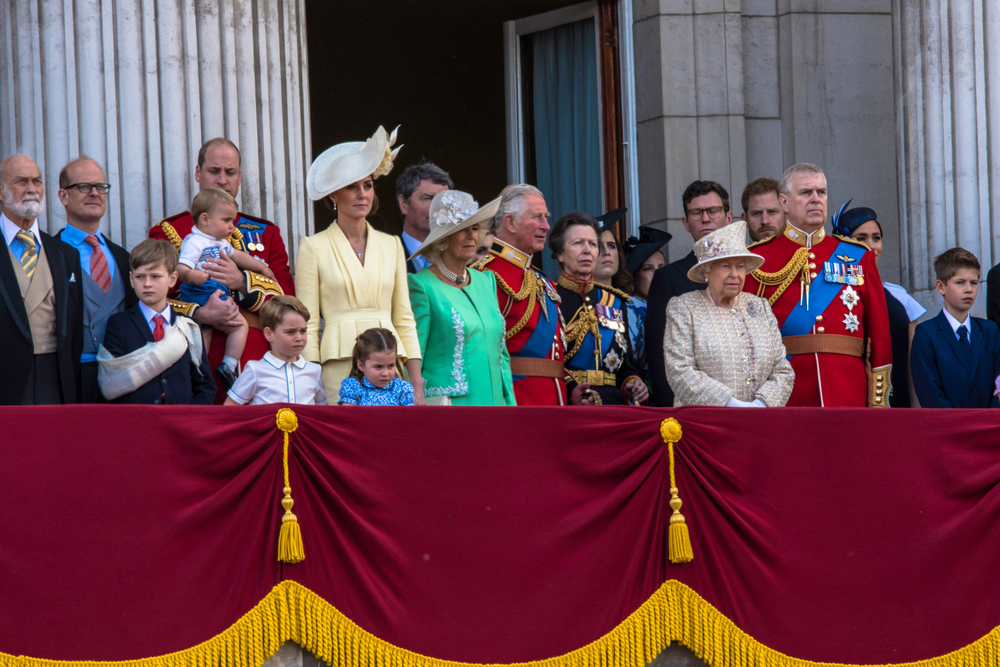 THE SOURCE of constant debate, derision and speculation the British royal family tourist attraction brings with it endless fascination, but you might not be aware of these weird traditions and customs that define them:

If the Queen stands up, you must stand up

Everyone in the Queen’s presence must stand up when she rises to her feet or when she enters or leaves the room. Additionally every single person in Britain must follow suit no matter where they are. This creates an odd scene of millions of people in offices, at home, on operating tables, having to suddenly rise to their feet constantly.

A weird tradition some people are aware of but may come as a surprise to others. The royals certainly didn’t get those distinctive features from spreading their oats further than a second cousin.

Whenever someone who is within the top 10 heirs to the throne is married, the Queen performs a Royal Guiding ceremony in which she personally guides the male partner of the newlyweds into his new wife. Far from a private affair palace staff are invited to watch and cheer.

While the palace takes accusations of anyone allegedly bullied by Meghan of the house Markle very seriously, they’re not that fussed about investigating anything thing else, for example, if Andrew is a nonce.

The Queen nominates a different English cheese to keep in her bra for the summer months, before then gifting it to one lucky member of the public.

The annual peasant hunt is one of the most anticipated dates on the royal calendar. When the British public first learned of this practice in which the royals literally hunt and kill members on the public on their lands for fun, there was a huge reaction with English men and women banging on the gates of the palace begging for the chance to be hunted and killed by the monarchy ever since.

Not allowed to get involved in politics

Many of the royal traditions are backward, offensive and downright peculiar so it is good to see the Queen outright reject this one. Jumping in feet first, the Queen made sure to be consulted by ruling government parties on any new laws that might impact her private wealth and let it be known that she and her family should be exempt from such tax and income laws.

They all watch The Crown together

All signed into the one shared Netflix account to save on money, all members of the extended royal family watch the acclaimed drama together. When there is any historical inaccuracy the Queen can be heard shouting ‘bollocks’ loudly. She has carried this tradition into watching TV interviews given by her son Prince Andrew.