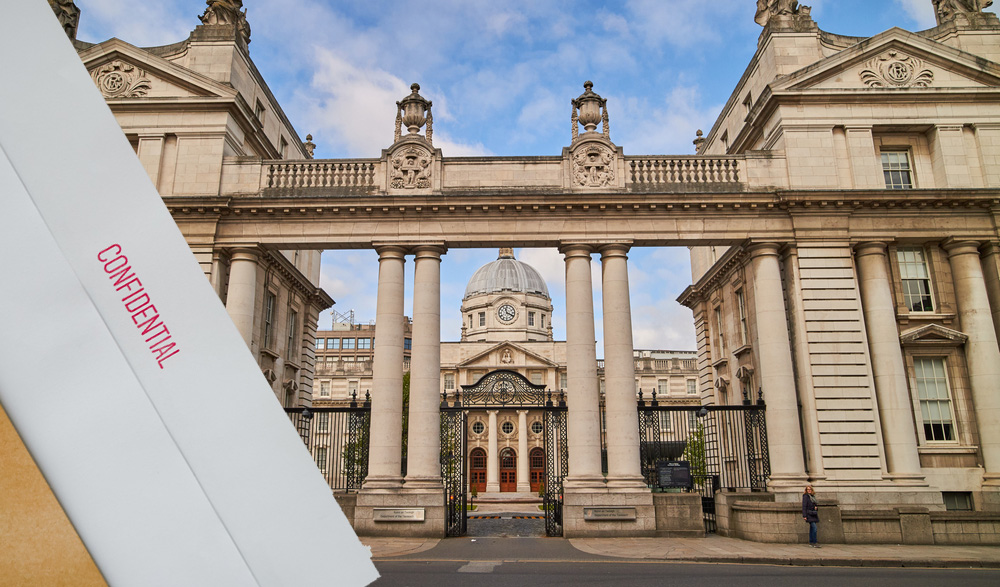 EMBATTLED by months of the constant drip-feeding of sensitive government information to the press, the Taoiseach has laid down a stern warning against any further leaked memos, according to a memo leaked to us this morning.

“Martin really doesn’t want it to look like he’s lost the run of this government, and the press getting their hands on official statements before they’re released is making it look like that’s exactly what has happened,” read an official statement that we were able to get our hands on fairly handy with very little effort.

“With hashtag ‘Leo the Leak’ constantly trending on Twitter, there is a huge push to rehabilitate the image of the Tánaiste. We want to change his public perception from being someone who is out to disseminate government secrets at every opportunity to undermine Fianna Fáil, into one that paints him as a vault of information, an incorruptible bastion of secrecy,” we were told by a nasally sounding man wearing funky socks at the gates of Leinster House earlier today, who wished to remain anonymous.

“Simon Harris didn’t leak anything,” another mysterious thin man with greying hair and a Wexford accent yelled at us from across the car park as we were walking to our car.