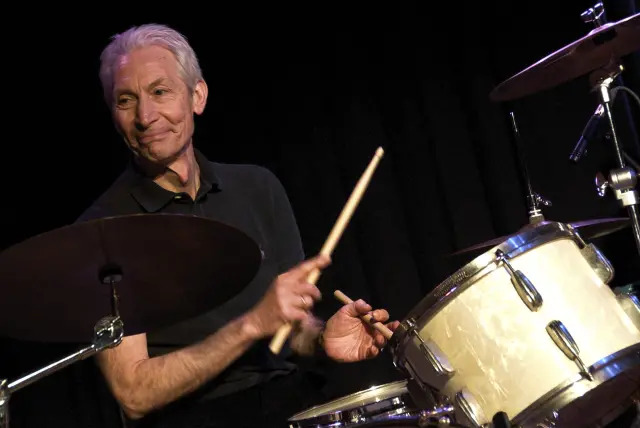 CALLING a band meeting involving Bowie, Prince, John Entwistle, Aretha Franklin and dozens of others, God told longtime drummer Keith Moon it was nothing personal but it was time for a change.

“We’re going in a new direction,” God said staring at the floor, hoping to avoid conflict.

“You knew this day would come, I should have listened to my gut when I wanted Bonham to join,” added God, wheeling in a Gretsch drum kit and urging Charlie Watts to take a seat.

“This new guy has 58 years drumming at the very top. Fifty. Eight. Years. Can anyone here best that? And I know we have nice audiences up here but if it was all to kick off, this guy will be able to handle himself – he played Slane twice after all for My Son’s Sake” God asked.

“It’s not all bad news Keith, I’ll put you on thunderstorm soundtrack duty until Phil Rudd gets here,” God said.

Before insisting Buddy Rich should probably take his place, Watts got down to the business of effortlessly keeping time.

The band meeting was briefly interrupted by Ozzy Osbourne, who apologised, stating he was just on his 18th or so ‘try before you buy’ visit before heading back home.

Elsewhere, Keith Richards has told death to come have a fucking go if it thinks it’s hard enough.