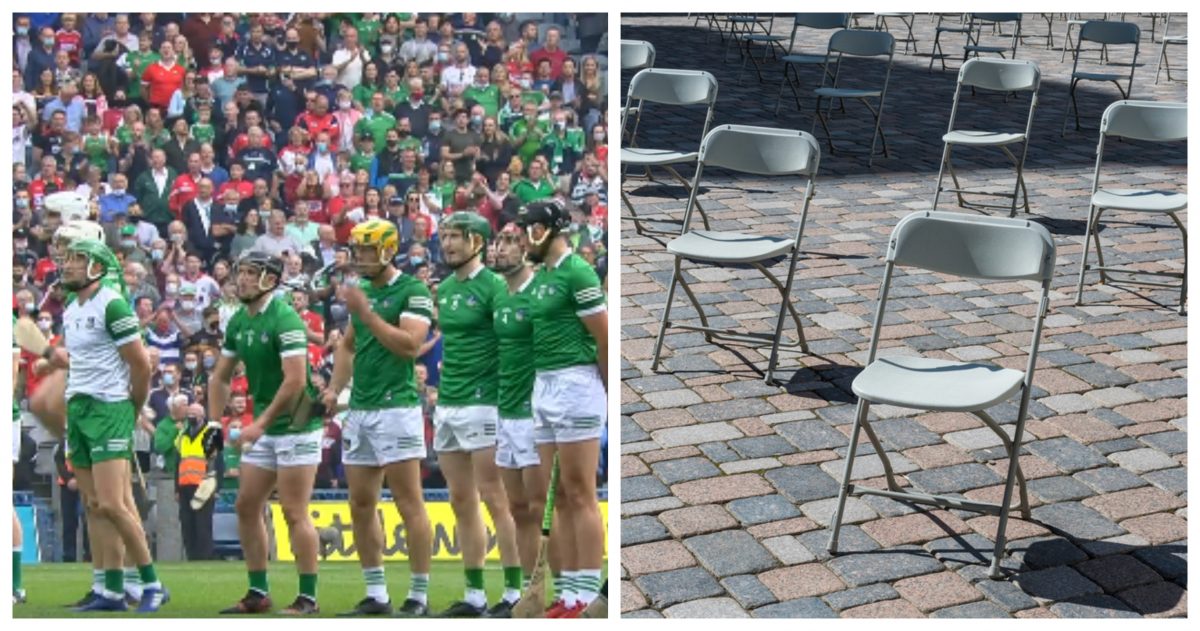 IN A BID to help the arts and events community better understand why 40,000 strong crowds can attend All-Ireland finals and be wedged into pubs but an open air concert above 500 is a no-no, WWN has given the government a chance to outline the complex differences that are absolutely underpinned by the latest science.

“Hey, it’s your little old cool and relatable government. It’s important to get all ‘stakeholders’ on the same page; once we’re working within the same terms of reference it will become very understandable why sporting events and music events are different from an immunology point of view.

The GAA: large intimidating group of largely rural folk who will strategise to vote us out of their constituency if we cross them.

The Arts: not a real full time career you can expect to derive an income from.

The GAA: not a real full time career but you can expect ample backhanders.

The GAA: Sports stars are cool. They drink a lot and get the girls. Artists kinda smell a bit funny and they’re never 100% clean. Who would you want sitting beside you on a bus?

The Arts: one letter off being called The Farts. Can’t be expected to be taken seriously.

The Arts: major contributor to the economy, worth hundreds of millions. No seriously we had to look that one up too. All that money generated by silly little plays and songs, can you believe it? What a world, huh.

The GAA: doesn’t generate nearly as much, but as stated above these people scare us.

The GAA: when we go to games people ask for selfies. They ask in an ironic ‘look at this eejit politician’ sort of way but still.

The Arts: when we go to plays or gigs, we realise very quickly the plays or songs are very clearly raging against our ineptitude and malaise which has a strangle hold of the country.

The Arts: take up space in venues that could be hotels.

The GAA: again, made up of people we’d rather not cross.”