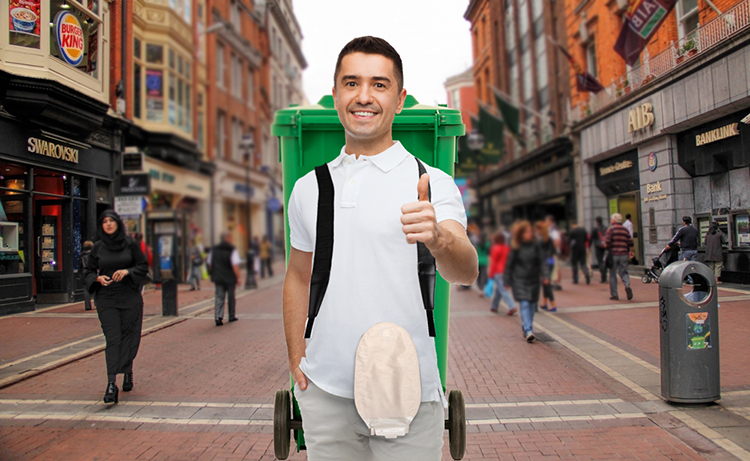 GOOD NEWS as an emergency meeting of Dublin City Council’s Anti-People Committee has thrown up a number of sensible measures which could see the capital become even more unwelcoming to residents and visitors.

In response to scenes of packed crowds drinking amid a lack of people-friendly outdoor spaces, the City manager and his crack team of anti-socialising advisors have been busy brainstorming.

“You’re lucky to get what we are giving you, I voted for sealing up your orifices with cement and covering every inch of the city in a white water rafting facility” confirmed one team member, at the unveiling of new plans to fit Dubliners with colostomy bags and bins.

“You’d think we’d install toilets? Ya joking me? We can’t trust you animals to use a toilet. Just piss and shit in bags and empty them when you get home unless you live in a tent, in which case we’ve probably already ripped that apart with a JCB,” added the DCC official.

Asked if the removal of benches and bins in recent years along with the failure to install toilets and public spaces has created a city landscape hostile to people who don’t just view themselves as ATMs for the city’s businesses, DCC rejected the assertion outright.

“Sadly, people still come into the city, if anything we’re not doing enough to show contempt for the presence of people who don’t spend money in shops, cafes and pubs,” said a DCC spokesperson, installing anti-people spikes on South William Street.