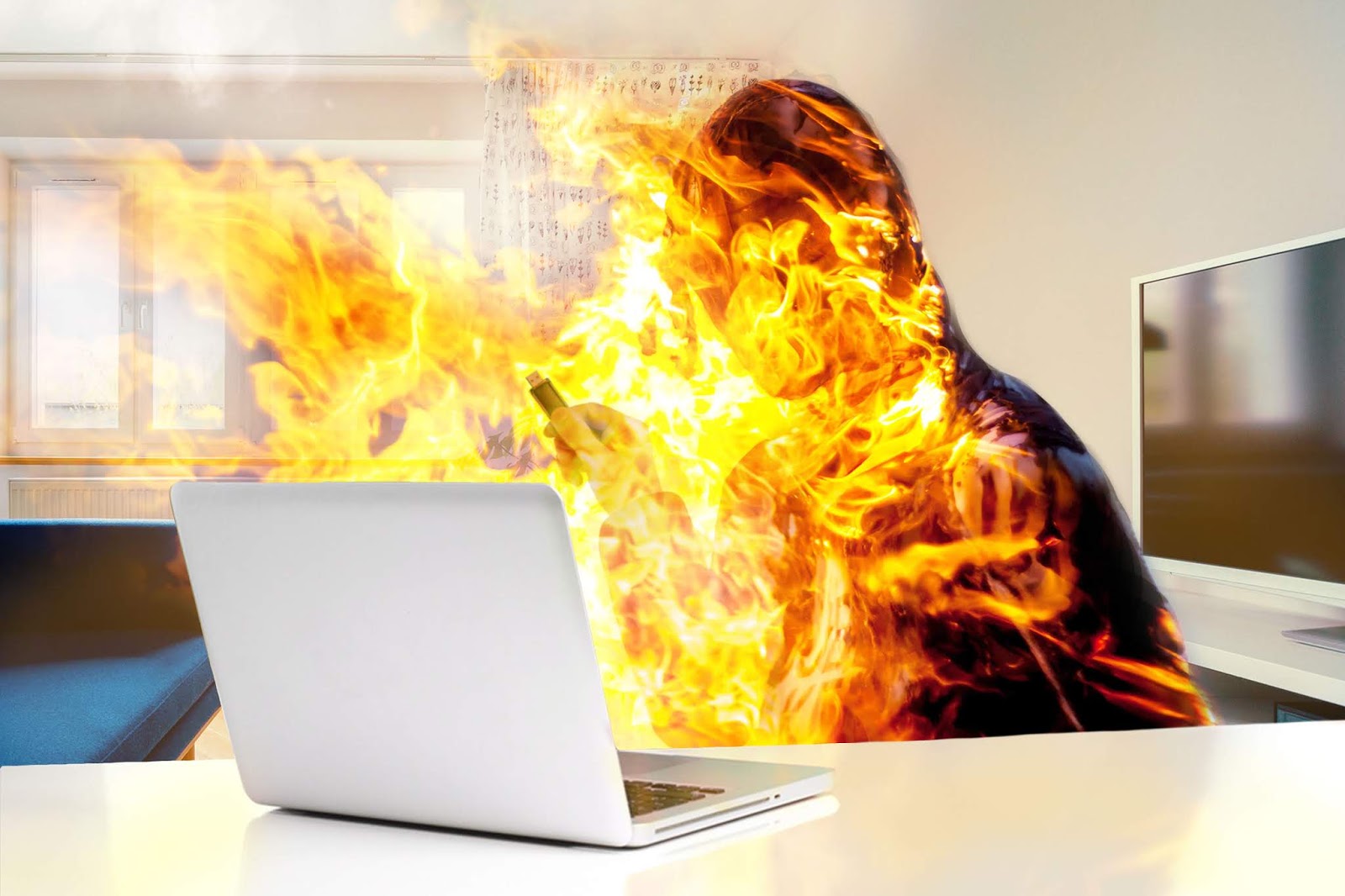 HORRIFIC scenes were reported today in Waterford where 32-year-old Mark Murphy suddenly went up in flames and suffered serious injuries.

Authorities suspect the cause of the fire can be traced to Murphy previously pulling a USB stick out of his computer without safely removing it beforehand.

It is only thanks to Catriona’s presence of mind that her husband is still alive. “I then smothered the flames with a blanket,” said the 33-year-old. Catriona then alerted the emergency services, who took her husband to the hospital.

“Unfortunately, many laypeople believe that removing hardware safely is not that important,” explains Ingrid Downey lecturer in IT Security at DCU, shaking her head sadly. “The opposite is the case!”

The statistics back up Downey’s claims: This year alone, 29 people across Ireland caught fire like Mark Murphy, which has led Downey to call on hardware manufacturers to honour their obligations, stating “We need warning stickers for USB sticks and other plug-in devices in order to make users aware.”

For the Murphy family it is already the second severe stroke of bad luck within a year. It was only last autumn that Mark’s father’s face completely melted off after failing to adhere to instructions on a microwave lasagna which warned ‘leave food to stand for 2 minutes before eating’.