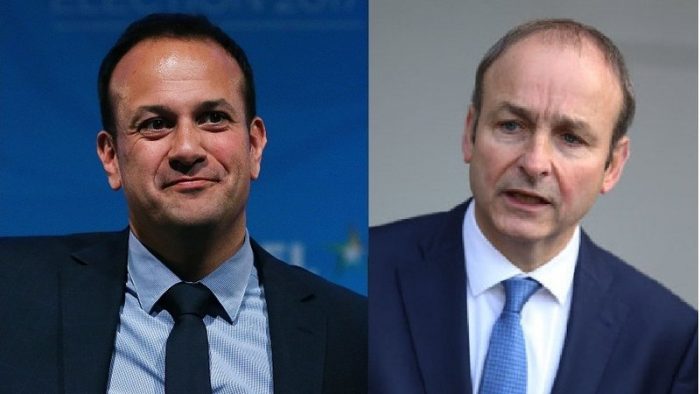 BARELY stopping for breath in between sentences, leading figures from Fine Gael, Fianna Fáil and the Green Party are eager to alert the Irish public to a shocking discovery which is sure to blow everyone’s minds.

“Guys, have you ever heard of this thing, I think they call it a ‘house sing Chrysler’ or something? Wait, Darragh wrote it down somewhere. Oh yeah ‘housing crisis’,” explained a panicked Fianna Fáil TD.

“And lads, not to scare you but apparently a whole generation or three are fucked, you’ll be pensioners and be expected to pay €2000 a month in rent, and I know this because a lot of us will be the landlords taking it from you,” added the TD, unaware the public were well up to date on the last 13 years of policies implemented by Fianna Fáil, Fine Gael, Labour and the current coalition government.

“Jesus, you guys are lucky we caught this when we did. But I’ll be honest, I feel like if you guys were paying attention you could have warned us,” added a Fine Gael TD, who still isn’t going to do anything about any of this.

Astounded at this housing crisis which appeared out of the blue overnight, the government has now said it will leave no stone unturned in finding out who is to blame and how to bring an end to zero supply, vacant homes, high rents, a lack of social housing and first time buyers being squeezed out of the market.

“We actually know one or two guys in foreign investment funds, so don’t worry, if anybody knows how to solve it, it’ll be these guys. Let us talk to them, they’ll tell us what to do and then it should all be good,” offered the government.

UPDATE: The government is considering a ban on investment funds hovering up homes in suburban areas, they will however be allowed to continue buying up cities and milk cash from people like the overworked and tired cattle they are.