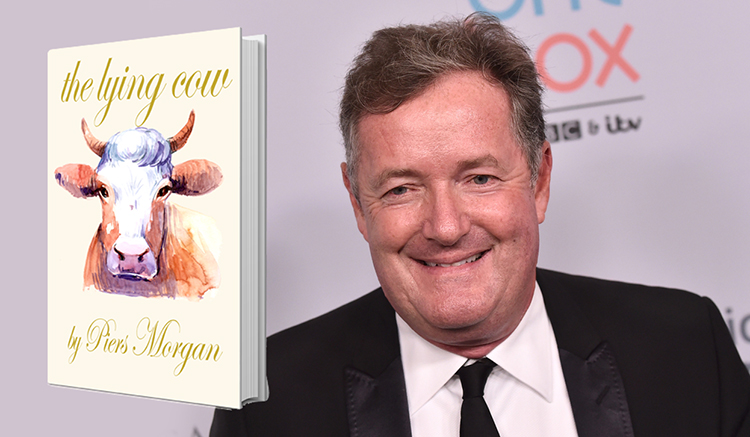 HOPING to gain a foothold in the popular and lucrative genre of celebrity-penned children’s books, Piers Morgan has announced his debut, ‘The Lying Cow’.

In no way rushed out to compete directly with newly announced ‘The Bench’ by Meghan Markle, former Good Morning Britain host Morgan is excited at the prospect of children reading his book.

“It’s a universal tale of a cow who can’t stop lying, and the one noble stallion horse who sees her for what she really is,” an angry Morgan said, his face turning purple.

“And all the other animals think the cow is great, but she’s not, the lying cow will says anything to get attention. The handsome horse sees right through her, but he’s not obsessed, it’s important to stress the horse is not obsessed!” Morgan said of the book’s true hero, a horse which more closely resembles a weasel.

Asked what message he hoped to teach children with his new book Morgan stated “this cow wasn’t even part of a good herd! She married into a superior herd and then she fucked off to a big field in LA with her ginger bull!”

“Beautiful? I wouldn’t call the illustrations beautiful,” countered an angry Morgan, “They’re average, if I saw the cover with the cow on it in a shop I’d walk right by, nothing remarkable about her,” added Morgan now staring mournfully into the eyes of the cow and clutching the book to his chest.