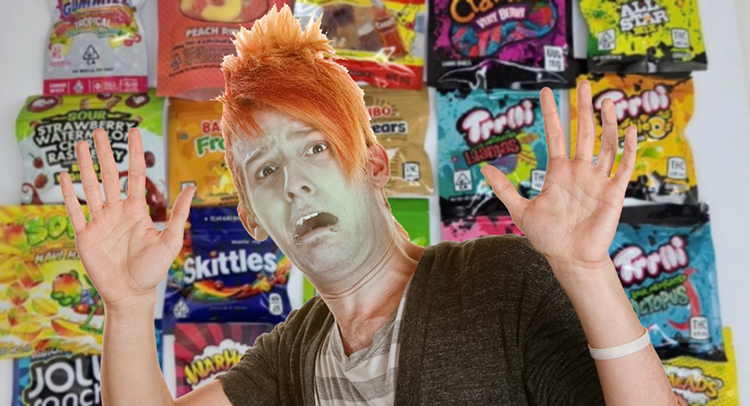 GARDAÍ have issued a nationwide ‘red lightweight warning’ to consumers of cannabis edibles after a local teen ‘chucked an absolute whitener’ after eating THC jellies and was admitted to hospital, WWN can confirm.

Chucking a whitener is perceived by drug subcultures as the result of using too much cannabis within too short a period and is also more commonly known as ‘flaking it’ or being ‘a total lightweight’.

“The worst thing about experiencing a whitey is the irreversible damage it does to the person’s ego,” a garda spokesperson explained, “the shame of getting so faint after consuming the substance and going to hospital will no doubt leave behind long term slagging effects and will follow the person all through their session life”.

The warning comes as the lock downed population of cannabis users turn to online products such as edibles to give them their high, with many unaware as to the strength of the product.

“I ate a whole packet of weed sweets and I’m absolutely grand,” explained one man we spoke to, who was naked and cawing like a crow on top of the chimney of his parent’s home while gardaí attempted to coax him down with some munchies and a Rick and Morty boxset.

The nationwide lightweight warning is expected to last for the next couple of weeks, until a time when the guards have nothing else better to do than bust people for small amounts of cannabis.