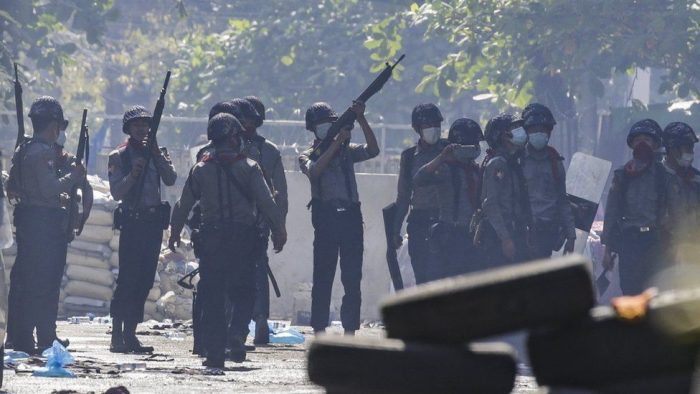 “MAYBE the military shut off the internet there to make it near impossible for people to spread word of massacres and violence… or maybe Myanmar is actually getting along famously and we can just ignore it all,” confirmed a statement from a who’s who of international leaders as incomprehensible violence is carried out against the people of Myanmar.

“OK, I’ve got it – I’ve got a plan, what if we just watch on in horror until the military piles up enough of a body count to convince people to stop agitating for democracy and then we can issue heartfelt statements calling for reconciliation,” offered a raft of Western leaders.

“That’s the most ridiculous and cowardly thing I’ve ever heard, we need to be more forceful how about we say ‘democracy must prevail’, but maybe only issue that 6 months from now, we don’t want to go too crazy,” added a chorus of leaders, ignoring UN warnings of the country being on the verge of a ‘Syrian civil war situation’.

Issuing a nonstop flow of ‘condemnations and concerns’, the leaders comforted themselves with the reality that, as is the case with all military led coups carrying out incalculable violence, they all just sort themselves out in the end usually.

“Okay, well that’s sorted then. Shall we get back to ensuring only the richest nations in the world get a speedy rollout of the Covid-19 vaccinations? Fantastic,” concluded some of the world’s most influential leaders.

Ashen faced leaders then rued the fact that they could have been cajoled into acting if only Myanmar as a territory was of any strategic value to anyone.