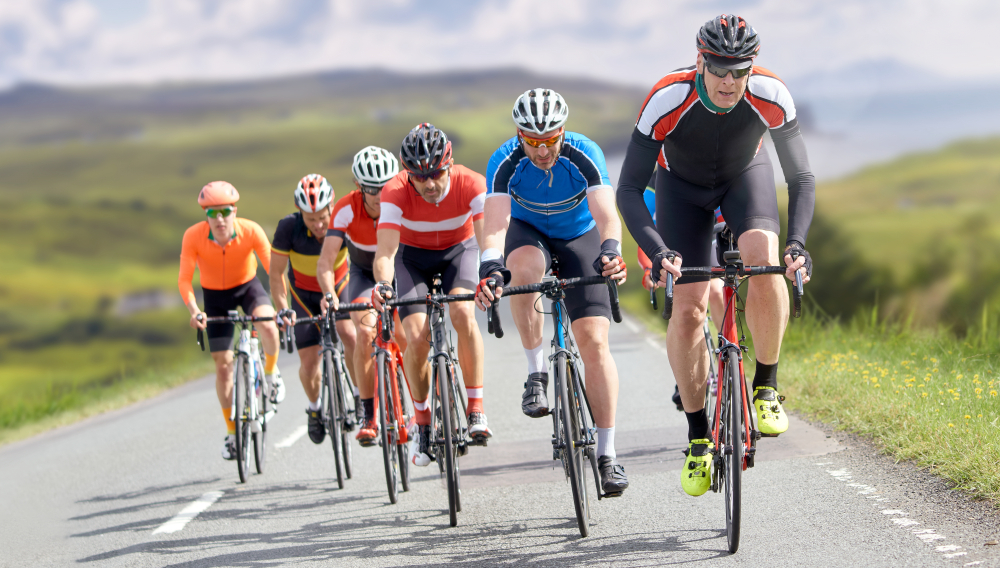 A RED ‘lycra alert’ has been issued yet again this weekend as 94% of the nation’s middle aged men insist on pouring themselves into ill-fitting and bulbous cycling gear, and taking to the roads.

“We’re powerless to stop it so please stop reporting all budgie smugglers, lycra lizards and crotch goblins to us,” a garda spokesperson said of the near 10,000 calls it routinely receives from the public each weekend, begging for them to intervene and stop the eyesore.

In some of the worst scenarios shared by gardaí members of the public have scratched their own eyes out to avoid having to look at the cyclists for even one second longer, with an increase in unwanted sightings expected as weather improves.

“While I vomit a little in my mouth when I turn a corner and see a pack of lycra arses in the wild, I can still handle it. But it’s the ones who have dismounted outside shops and insist on stretching their groins and trying a few squats, why can’t they have a normal midlife crises like men of old and just have an affair,” shared motorist Eileen Dreary.

Querying what advantage is gained by wearing lycra when you’re so unfit that you’re trundling along on a bike like a sack of potatoes with pedals made of cement, the motivations behind why middle-aged men become so enamoured by cycling remains a mystery.

“It gets you out into nature and off the couch, it’s definitely my decision anyway, it’s not because if I didn’t fuck off out of the house and give my wife some peace she’d leave me, I swear,” shared one cyclist admiring a pair of special cycling shades he didn’t need to spend €260 on.