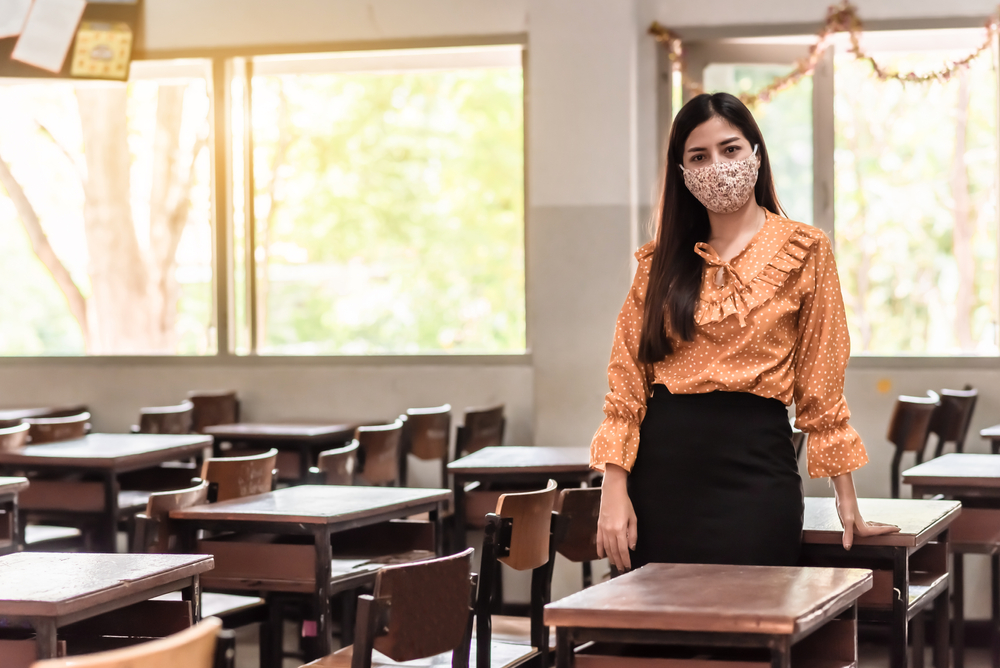 STARING at a depleted class room down several pupils due to an outbreak of Covid-19 which is not being classed as having occurred in a ‘class room’ setting, local teacher Tríona Moore has confirmed she won’t be held responsible for her actions if and when someone utters the phrase ‘but schools are safe’.

Moore, a negative moaner of epic proportions, maintains that the Dept. of Education and other authorities haven’t provided the resources and help needed and that suggesting she ‘leave a window open’ doesn’t count.

“Y’know what some people are like – any excuse to moan,” confirmed a Dept. of Education official, who can’t believe teachers are sore over the department’s decision to do absolutely nothing differently with schools compared the last time they reopened and closed.

“I’m only 5ft 4 inches but I wouldn’t fancy the chances of whatever prick tries telling me schools are safe,” Moore said to a socially distant colleague, who’s temping for a teacher who is off with Covid but shush no one in school needs to know that, she probably caught it off a gust of wind that crept into her house through a draft excluder.

Standing in the yard, staring out at several siblings of another pupil not in school today because they’re off awaiting the results of Covid test, Moore had the sneaking suspicion that their was a better way to ensure the safety of workers, pupils and their families than the government trying nothing before immediately admitting defeat.

“And it’s a panic over nothing, sure schools are safe,” shared one parent conducting an essential chat session with 60 other parents crowded around the school gates moments before being pounced on by Moore.