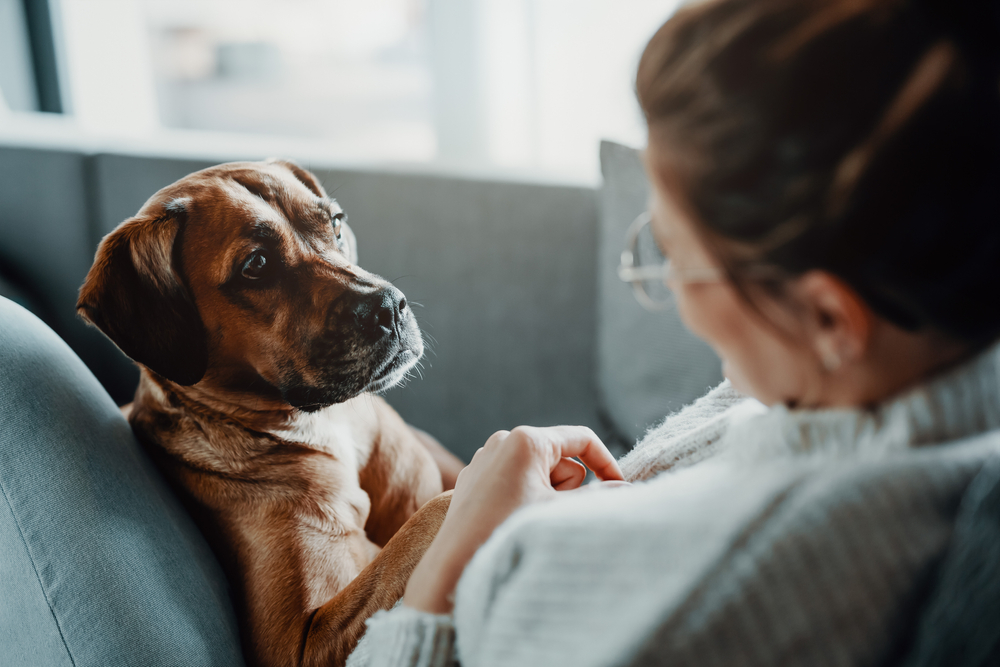 “LINDA! Once again I’ll stop you there,” barked pet dog Smudge, interrupting owner Linda Moran who was minutes into delivering a detailed breakdown of her day to her dog who remains unable to understand human speech.

“Sure, intonations and tones I can pick up on to a degree, but I’m a fucking dog at the end of the day Linda so all these stories are wasted on me, you eejit”.

Despite Smudge’s protestations via the medium of barks Linda ploughed on with her lengthy run down of the day, complete with boring observations, endless rants and idle gossip, all delivered in a cheery sing-song tone in an effort to gain her dog’s attention.

“And then what did Mammy do? She told Joan in accounts I didn’t fucking get that email did I? ‘Cus Mammy was on two days annual leave wasn’t she? Yes she was Smudge, Joan’s a complete bint, isn’t she? Yes she is! That’s right and she’s having an affair with Tom in the warehouse, yes,” explained Moran, an idiot who somehow believed Smudge had the cognitive ability to understand her speech.

“You’re a laughing stock Linda, imagine another human peered in the window now and saw you trying to engage me in meaningful conversation. A joke, an absolute joke,” barked Smudge who was now making his way to the sitting room window, seeking help from the outside world.

“Honestly Linda, you’re just embarrassing yourself now at this stage. I’m no human expert, but you’re in your pyjamas from 6.30pm every evening, glued to couch, what, if anything of interest, would you be telling me anyway?” added Smudge, before losing his mind the second Linda said ‘walkies’ out loud.