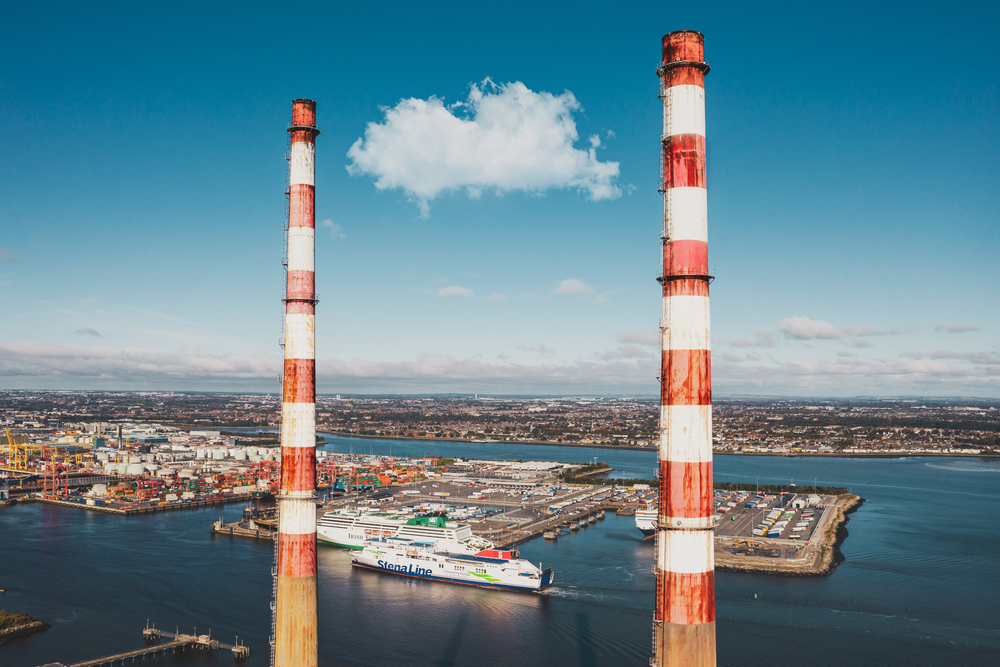 DESPITE a vast range of iconic landmarks to choose from, a manky pair of decommissioned chimneys from an ESB station have managed to somehow become Dublin city’s most loved landmark, WWN can confirm.

The chimneys, which have no real relevance apart from first featuring in a U2 music video once, has somehow crowbarred its way into the hearts of native Dubs.

“I don’t think there is anything more representative of Dublin right now than two filthy unused exhaust pipes,” one Dublin man said, now calling for structures first built in 1965 to be ‘listed’, “it’s our Eiffel tower, our Taj Mahal; a magnificent piece of Irish structural engineering that dates back to the beginning of time itself”.

In a desperate bid to steal their thunder in 2003, the erection of The Spire on O’Connell Street failed to fill the long pole-like void in Dubliner’s hearts.

“Give me red and white industrial power station chimneys any day over that modern piece of junk,” another Dubliner gave, who is not a fan of any other supposedly ‘iconic’ landmarks either, “Trinity College, Custom House, Molly Malone statue, Samuel Beckett Bridge, Croke Park, Leinster House, Dublin Castle, Christchurch; none of these even come close to those two ESB vents in my mind”.

The group behind a petition launched in 2014 that saved the towers from demolition are now calling for the city of Dublin to be renamed Poolbeg Towers instead.

“We would settle for the names Twin Pipes, Soot Holes, Pair Of Pricks, if people don’t like our main preference,” the group concluded.