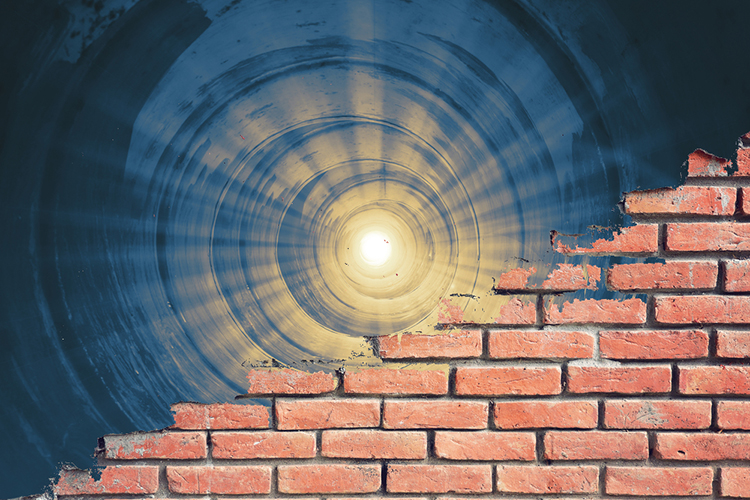 THE TENDERING process for urgent construction work has been won by an Irish building firm, with the government acting swiftly to brick up the light at the end of the tunnel in a move that will depress almost everyone.

The warm glow felt by the emerging light was beginning to draw large crowds with many gathering to get a better look, prompting the coalition into taking the only action it knows how to.

“It’s being pointed out to us that when you brick up a tunnel, it’s a good idea to build an alternative road or perhaps increase capacity on existing routes but we think bricking up the tunnel by itself will get things back to normal,” explained a government spokesperson.

The bricking up of the tunnel is expected to leave air travel unaffected, and will see no change to the government’s ‘Living With Covid On A Permanent Basis’ lack of a plan.

“Something had to be done about it, the light was attracting optimists and resulting in brief outbreaks of joy and hope, some people were even saying things like ‘sure I’ll see you in a few weeks by the tunnel’,” added the spokesperson.

“It’s tough news but I’m glad I could tell the all Irish public this,” said the Taoiseach in an exclusive interview with a newspaper, rather than in a televised national address in his official capacity as leader of the country.

“And people say our communication has been abysmal,” the Taoiseach said down a disconnected telephone line.

In a rare bit of good news, the incoming 2.2 million doses of the Johnson and Johnson vaccine are to be swiftly administered to the public every second Tuesday (when it hasn’t rained the day before) from the top of Carrauntoohil between 3.59am-4am.