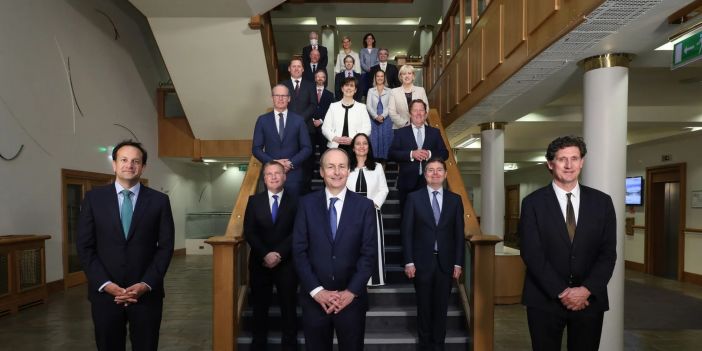 IN REGARDS to matters big and small the Irish public, in a bid to stave off a mix of rage and anxiety, has vowed to greet the incoming ineptitude of the government with grudging admiration.

“I can’t get mad anymore, it’s better to laugh. Announcing vaccination centres before reaching final agreement with those who own the premises? Give me strength,” confirmed one member of the public, who used to dread the conflicting, confusing and cretinous performance of ministers but now just smiles.

Whether it be government TDs insisting the ESRI changes its independent research that suggests the Land Development Agency will inflate house prices, or journalists being barred from press briefings with the minister for health, the nation now perversely enjoys the infuriatingly ludicrous twists and turns that come with being governed by the Fine Gael, Fianna Fáil and Greens three-party demolition.

“The minister for children has gone from ‘welcoming the Mother & Baby Homes report’ to begging the commission not to delete survivor testimony it has already deleted, that is… what’s the expression? More ineffective than a condom with a sun roof?” confirmed one person enthusiastically applauding in disbelief.

“We like to play a game at home when some announcement is on the horizon, say like ‘Minister of Education close to reopening schools’, we all guess how they’ll fuck it up. And my kids have vivid imaginations but I’d need to lace their chicken nuggets with acid for them to dream up the cock up that comes next,” confirmed another citizen.

Elsewhere, welcome news that Ireland is a step closer to receiving its 2 million doses of the Johnson and Johnson vaccine was tempered by rumours the government has awarded builders the contract for bricking up the light at the end of the tunnel.