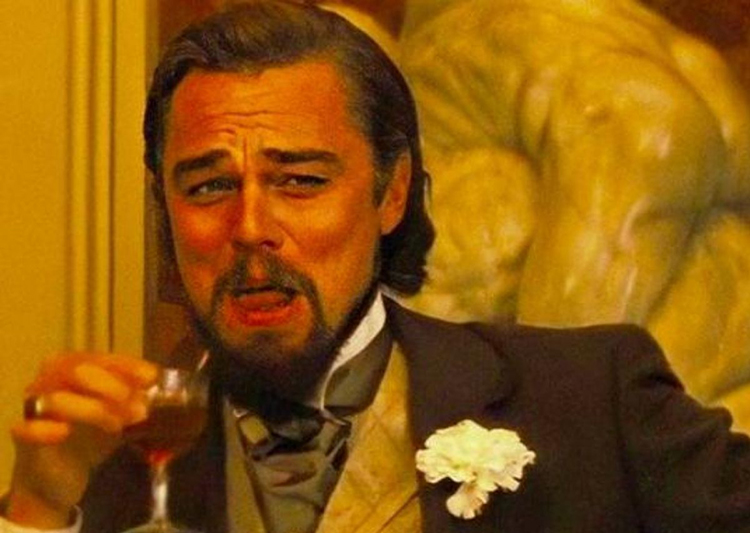 AMERICAN actor and humanitarian Leonardo DiCaprio has welcomed his nomination for best meme with the ever popular Django Unchained still image of him holding an alcoholic drink and laughing snarkily at his own joke being odds on favourite to win, and becoming one of the most popular internet memes this year.

“The Best Meme category is probably the most prestigious award any human being can get right now and people are already placing huge bets on whether DiCaprio finally wins a Golden Globe Meme Award,” a member of the Golden Globe academy explained, “no one wants to hear about best film, actor or director anymore, it’s all about the memes and this year has some strong contenders”.

Mr DiCaprio pointed out that this is probably his best holding a drink meme, stating that his Great Gatsby meme came close to stealing the 2015 Best Meme Award, but came second to the One Doesn’t Simply Walk Into Mordor meme, won by Sean Bean.

“I’ve spent years crafting my drink holding techniques and it’s only now all my work is finally paying off,” 46-year-old DiCaprio told WWN earlier today, “I think this year is my year. Winning Best Meme at the Globes would mean a lot to my career and I hope it will be an inspiration to young actors everywhere that becoming a meme can be achieved if you simply pull the right facial expression or gesture”.