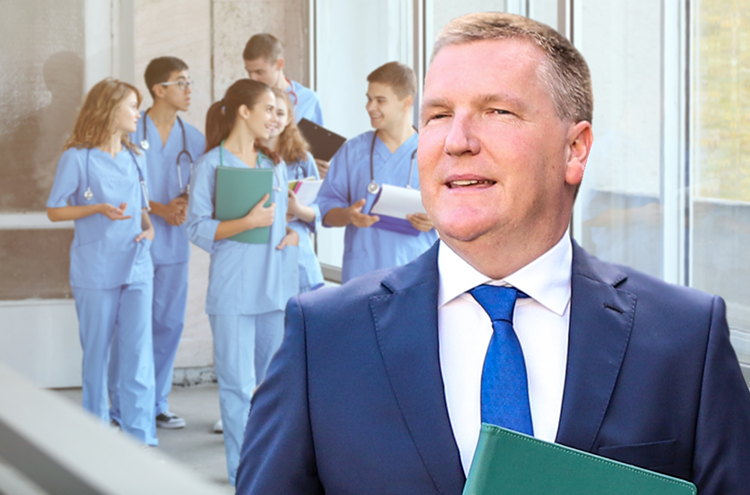 THE government continues to defend its decision to increase by €81,000 to €292,000 the pay to be given to the person appointed the next secretary general of the Department of Health, prompting discord amongst the Irish public.

“Surely we have the technology to take that role and its astronomically offensive salary and melt it down into a few nurses,” sighed the Irish public, strapping itself in for another day of this bullshit, “or if not, shoving it directly up the arse of whoever made this decision?”

Batting back criticism, Minister for Public Expenditure Michael McGrath explained that most people suited to the role wouldn’t get out of bed for the pathetic old salary level of €211,000.

“We’re talking the creme de la creme here; idling civil servants who enjoy long lunches and saying ‘haha good luck trying to fire me’, you can’t get them for less than 292k,” explained the Minister before illustrating his point in dramatic fashion.

Standing on the steps of the Department of Health armed with a megaphone, McGrath shouted “job going here for €211,000 a year” only to be greeted by a deathly silence only interrupted by birdsong and a gentle gust of wind.

Repeating the tactic but now shouting “€292,000” prompted scenes of chaos. Emerging from nearby bushes vast crowds of suitable applicants ran towards the Minister, punching and fighting to climb over one another, aggressively throwing their CVs at McGrath.

“You might as well take a shit on my chest and spit on my mother if you’re going to offer €211,000, but €292,000? Yeah I think I’m up to the challenge of somehow making public health worse,” barked one candidate as he trampled on his rivals.

Elsewhere, nurses looking for much less than the near 40% pay increase offered to the new secretary general have been told how dare they hold the public’s purse strings to ransom like that, the selfish ingrates.