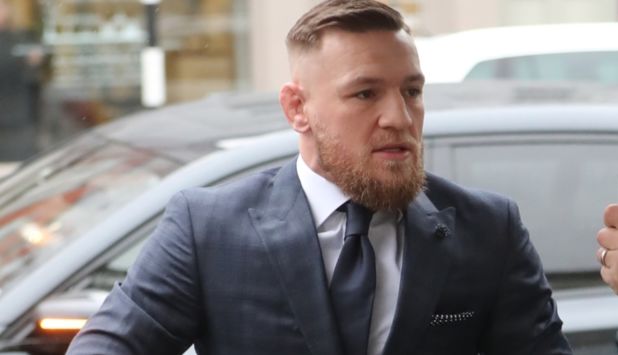 ONE OF Ireland’s most promising Irish criminal court stars is facing reputational ruin after he was embroiled in an unseemly UFC fight, WWN can reveal.

“This is on the eve of what’s potentially his biggest court appearance to date, and now it’s been ruined with all this UFC business dragging him down,” a source close to iconic courts superstar, Conor McGregor.

Forced into pre-fight videos, interviews and sparring sessions, many feel McGregor’s reputation of being chiefly known for his high-profile appearances in court will be tarnished permanently.

“We told him to keep his head down, stick to what he’s good at but he can’t help himself, it’s sad now ‘cus some people now know him as just a UFC lad – all his hard work in courts down the drain,” added the source.

McGregor had previously garnered a reputation for inspiring a younger generation of defendants.

“When I grow up I want to be involved in the sort of thing the Irish media can’t report on due to the threat of Ireland’s backward libel laws,” shared one youngster, who still cherishes the autograph he got from McGregor while waiting outside the courts during McGregor’s appearance for assaulting a man in a pub.

Others have suggested that this UFC distraction won’t in anyway affect the high esteem he is held in within Irish legal circles.

“There’s respect out there for him, and even the stuff that doesn’t even make it to court, people still know him for that; the comparing people to Nazis, calling people f****t, keeping local snow salesmen in business, no one can take that away from him,” offered one court pundit on the popular court website CourtJunkie.com.

McGregor was last in the news after being the unfortunate victim of a $1 million watch scam after a fraudster sold him a watch you’d find in a claw machine in an arcade for a six-figure sum.