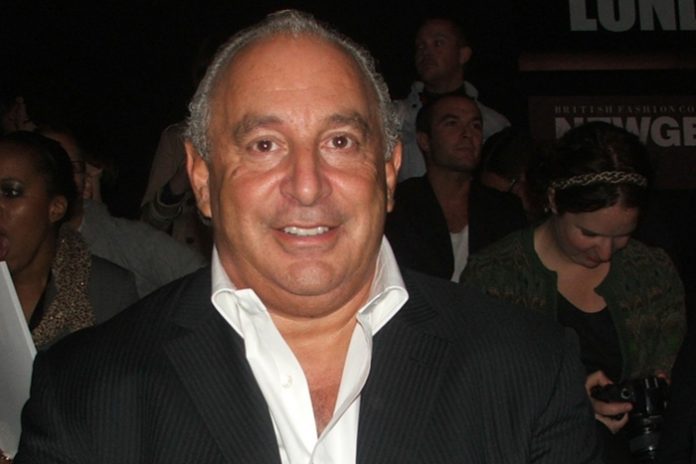 AS THEIR livelihoods hang in the balance the 13,000 staff of retail group Arcadia which owns Topshop and Miss Selfridge among other high street outlets just hope their billionaire boss is okay.

Estimated to worth £1 billion down from a high of £5 billion, Green, famous for asset stripping BHS, avoiding paying tax and saying the #MeToo movement was going ‘too far’ right before his own inappropriate behaviour with staff came to light, could face a comfortable future with no impact on his fortune much to the relief of Arcadia staff.

“13,000 of us might be losing our jobs and there’s a £350 million hole in our pension scheme, but there’s always someone who has it worse so I just hope Sir Philip is okay,” offered one staff member.

Green, accused on multiple occasions of using sweat shops and prone to anti-Irish outbursts, faces a hit to his otherwise spotless reputation as Arcadia enters administration.

“It keeps me up at night – does he have any of the £1.2bn dividend Arcadia paid his wife who is tax resident in Monaco left? We’re starting a whip round for him just in case,” added another worker.

Famous fashion icons and celebrities from Kate Moss to Anna Wintour, who previously called Green a dear friend and where happy to pose in photos and socialise on his yacht have made themselves unavailable for comment following the latest news.

Tragically, a knock on effect of Arcadia’s slide into administration means that without Topman the future availability of incredibly tight jeans for men on the high street remains uncertain.