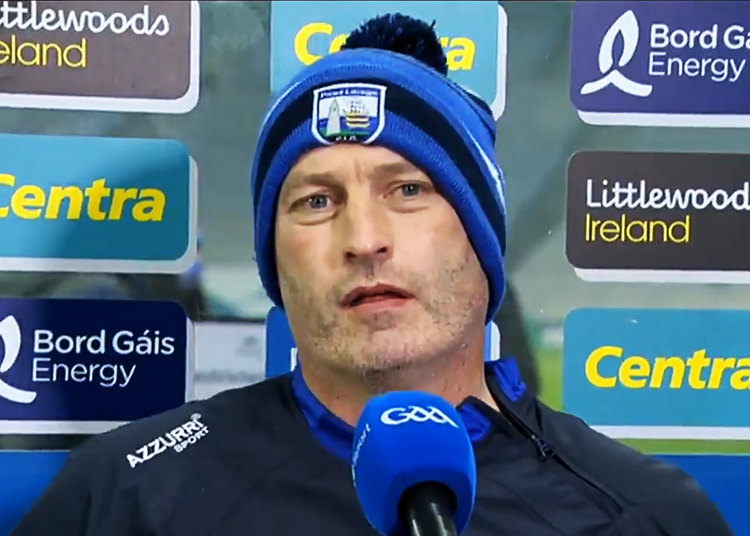 WATERFORD hurling management has confirmed it will not be partaking in the All Ireland final in December, stating that the team and county are happy enough as is, thanks.

Following an amazing comeback beating Kilkenny by 4 points on Saturday, coaches and players agreed that just beating the Cats in Croke Park was all the hurling they needed, suggesting any of the other teams can take their place against Limerick.

“Ah, no, we’re grand, seriously. All we wanted was to thrash Cody’s men. Sound for the offer, though,” insisted Waterford senior hurling team manager, Liam Cahill, “to be honest, I don’t think we’d be able to handle beating Limerick. They’re just not used to that kind of thing at all down here”.

Struggling to even say the word ‘winning’, Waterford players echoed the All Ireland Final forfeit earlier this morning.

“After we wo… sorry… after we bea… so sorry about this… after the game against Kilkenny where we w… came out the better off, we literally couldn’t walk or even speak for a day or two,” said one player, paralysed with emotion, “this wi… this scoring more points thing than the other team resulting in us not losing thing has been very hard for the whole team to take, so probably best we don’t play on the 13th in case we w-w-w-w-whatever that word is”.

Coined as the ‘most neglected city in Ireland playoffs’, the Limerick versus Waterford hurling final will now be replaced by a four hour debate to see which county is the most worse off and self-loathing.

In the aftermath of their defeat to Waterford, rumours are circling that Brian Cody may be in search of coaching a stronger county, and is now linked with the Kerry hurlers.