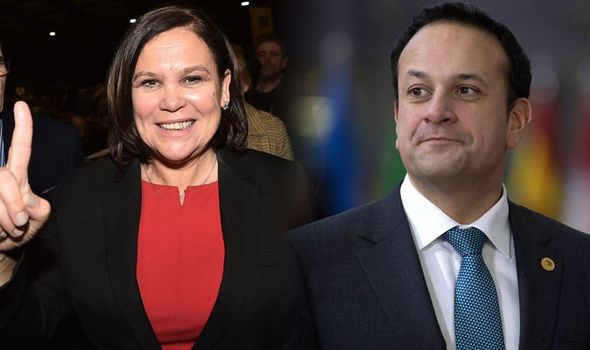 A NEW opinion poll published in the Business Post on Sunday revealed Sinn Féin have climbed to a record high in support which gave supporters a rare chance to duke it out with Fine Gael supporters online.

Sinn Féin, rewarded in the opinion poll for their excellent work in being lucky enough to be in opposition during a pandemic and huge levels of unprecedented unemployment, are neck and neck with Fine Gael, unlucky enough to not have figured how to build a house in 9 years in government.

“Yeah, but Gerry Adams was the leader of the IRA and Sinn Fein!” wrote one FG supporter, “where are the disappeared?”

“Fine Gael are in bed with Denis O’Brien, dancing to the Fianna Fail drum – you’re all the same!” a Sinn Fein counterpart replied, unaware all Irish political parties were in essence, the same.

It is believed social media companies recorded over 100,000 uses of ‘Blue shirt scum’ and ‘IRA scum’ online in the wake of the poll being published, all from 12 Twitter accounts, which companies say is ‘about average’ for any given day.

“Yeah, sometimes one person will pop up with ‘murdering scum’, and will then be reminded that they are actually ‘fascist scum’ by the other crowd, but sometimes it’s the other way round  – it’s fascinating, weighty and intellectually taxing debates like that has me optimistic for Ireland’s future,” confirmed one observer.

Fianna Fáil were unavailable for an offical comment as they were rocking themselves back and forth in a corner after polling at 12%, with a source confirming “we’re going to need a bigger housing budget”.