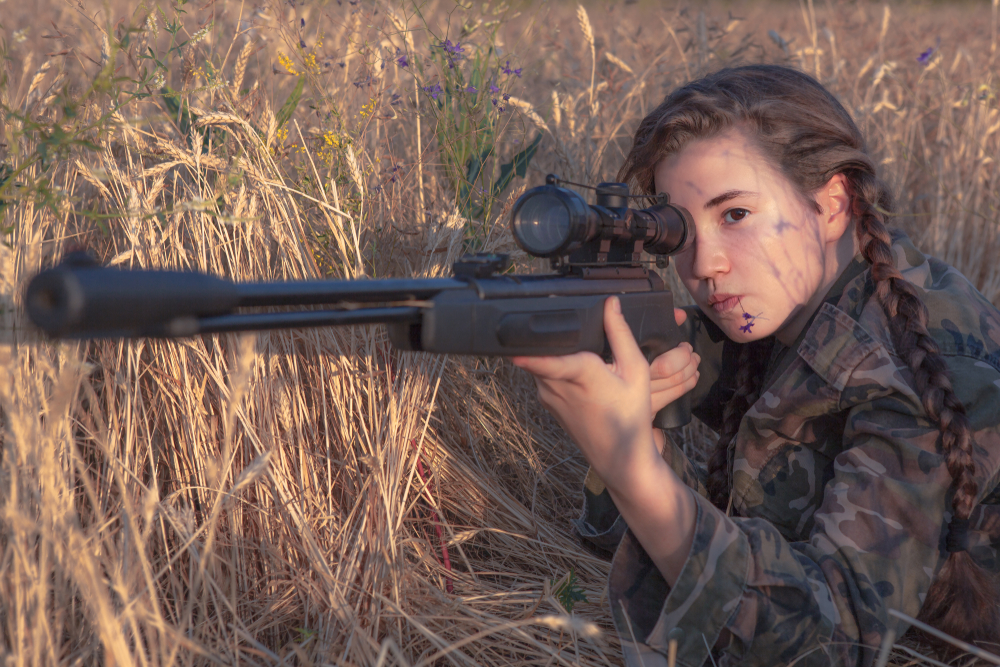 KNOWN as the most vicious and violent fighting force in the world, the Taylor Swift militia compromising of blood thirsty teenage fangirls has vowed revenge on music mogul Scooter Braun after he sold the singer’s master recordings out from under her nose for a cool $300 million.

“Let’s lock and load people, we jump in five,” Swift squad squadron leader Casey Stewart (14) barked at her fellow militia teens through her retainer as she stared out from a C-17 Globemaster III aircraft at the Los Angeles skyline below.

Somewhere down there was Scooter Braun, and somehow he would pay.

Looking totally on point in camouflage militia gear paired with matching scrunchies the members of the elite Seal Team 1989, Casey, Kyla K, Emily, Kyla Y, Braydon (Kyla Y’s brother who had to come along because their mom had a doctors appointment and so Kyla Y had to look after him) Jessica, Kylie and Heather approached the perimeter of the home belonging to evil Scooter Braun.

“Okay, stay focused, remember, the idea is to deliver his head in a box to our Queen ‘Seven’ style, I know you’re all tired, but stay focused,” barked Casey, fully aware that Seal Team 1989 was exhausted after another nonstop week of murdering, without conscience, anyone who left anything resembling a negative comment about Swift.

The militia, highly trained and organised, has thus far evaded capture US law enforcement, even though the FBI place them as a higher threat to national security than right wing domestic terrorism. The only survivor they’ve ever left behind spoke out about them to WWN.

“I said below one picture of the Folklore album on some random fan page on Instagram that I thought the album was only a ‘9 out of 10’ and next thing I know they burst in my window and kneecapped me, I’ll never shake the look of pure controlled and perfectly executed anger on their faces” shared one victim.

“Security on your 6 O’Clock,” warned Kyla K back at the Braun mansion as the team sliced through various security guards, taken unaware like someone listening to a Taylor Swift song expecting a run of the mill pop song only to discover surprising hidden depths.

Is this reporter now waxing lyrical about voice of a generation Swift in a bid to avoid the vengeance of Seal Team 1989? Absolutely.

When all was said and done the raid on Braun’s mansion lasted under a minute, such is the precise violence meted out by the super fans.

We dared not enter the room they eventually cornered him in, the cries from Braun of ‘oh God, no why are you pulling my intestines out through my anus only to feed them back down my throat to create an endless loop of me eating and shitting my own intestines out?’ was enough for us.

“Okay team, let’s move on, I’ve just got word that some woman in her 30s is trying to point out that folk music existed before Taylor Swift, she ain’t gonna behead herself let’s go” – and with that the extremist fan group was gone.