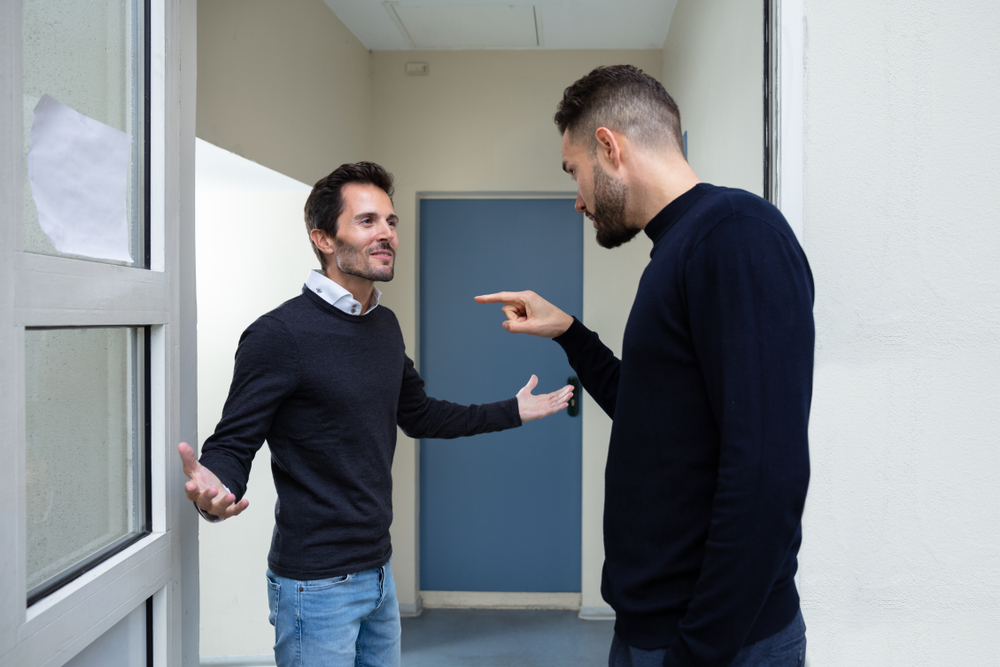 WATERFORD District Court has heard that the stabbing of a 34-year-old man in the city centre last year was ‘unpreventable’ after the victim called to the defendant’s home at 9.45pm, without so much as a text or call.

Solicitor Eamon Mahoney stated that long-time friend of Dermot Hantigan, James Martin, ‘cold called’ his client by simply pressing the doorbell, giving Hantigan an awful fright and sense of anxiety, forcing him to retrieve a large kitchen knife before answering the door.

“I opened the door and there was James smiling like a big fucking idiot at the door saying ‘well, what you up to, lad?’,” Hantigan told the court, “I was like ‘what are you doing calling after nine o’clock and he had the cheek to say he was just popping over for a chat, so I had no other option but to stab him several times in the stomach – I did warn him before about that calling late craic”.

Taking over 7 months to recover from his wounds which left him unable to urinate without a bag, James Martin told the court he was sorry he called so late and if he could turn back time he would have at least rang his friend first before calling.

However, Judge William Holden quickly pointed out that calling before texting was also a crime in itself, explaining that he should have texted his friend first to say that he was about to call him on the phone to ask if he could physically call to his house and urged Martin to brush up on his social etiquette.

The stabbed man apologised to his friend and the court for calling unannounced before the judge sentenced Martin to two years in prison with the last year suspended under the clause that Martin would attend a ‘cop on course’ while inside.