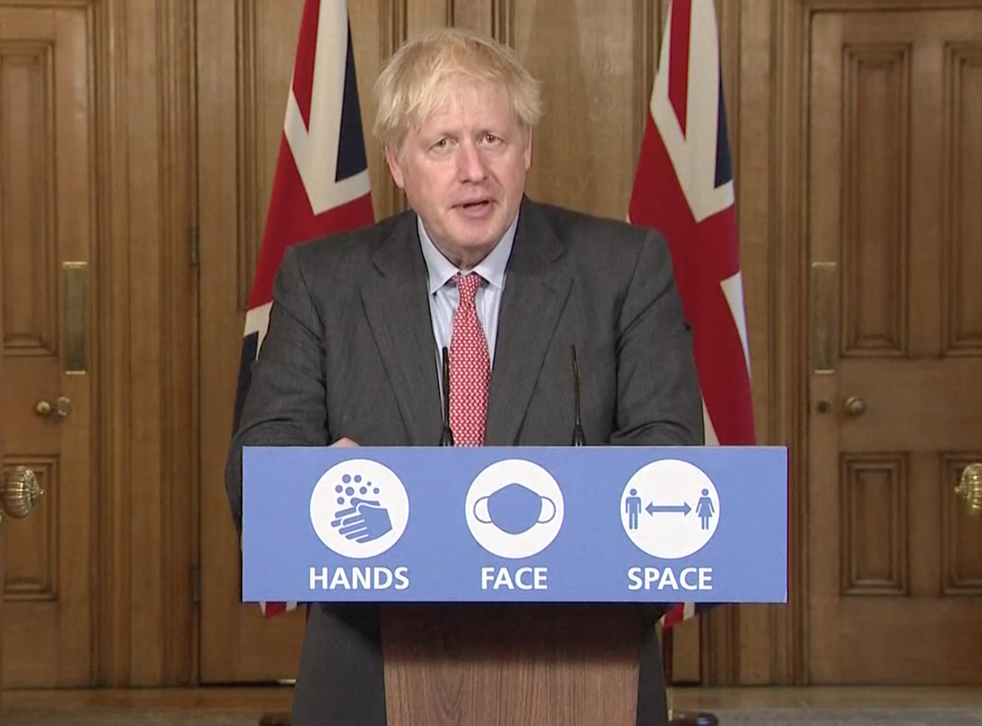 “Talk for weeks about about how we plan on breaking the law and then acting shocked when the EU sues us for breaking the law? Simple. Easy, easily confused guidelines and record daily cases? Ha! Any proper hard ones?” confirmed Johnson, posing in front of a speeding bus with ‘We send the British public 350 million u-turns a week’ emblazoned across it.

“Excitedly skipping toward disastrous economic fallout caused by my belligerent negotiating position with the EU? Easy. Seriously, you’re not even trying” Johnson cursed skyward, fearful that he may make it through life without ever experiencing a moment in which he is humbled by experiencing something called ‘failure’.

“Can believe it, Maggie? The big guy can’t even land a punch,” Johnson then bellowed, this time shouting at the ground beneath his feet, in the direction of Hell.

Patiently waiting on God to respond, Johnson was given a moment to ponder all the praise heaped on him and his government for the A Level results, eyesight-testing drives to Durham, u-turns on school meals, 10pm pub curfews, a Coronavirus app, fuck all tests and tracing, and instructing neighbours to spy on each other as long as they weren’t the PM’s own maskless father.

Johnson, now misinterpreting the disembodied cloud-dwelling being’s voice when it asked him to ensure people seeking asylum in England are treated well, remarked “Done dude. We’re all celebrating teenage refugees dying at sea in the comment section of the Daily Mail. Those that survive – off to a volcanic island with them!”

“Stick a fork in a live plug socket you say? Again, easy peasy,” marveled Johnson thrusting his hand at a socket and solving a whole heap of problems despite not being asked by anyone to do such a thing.