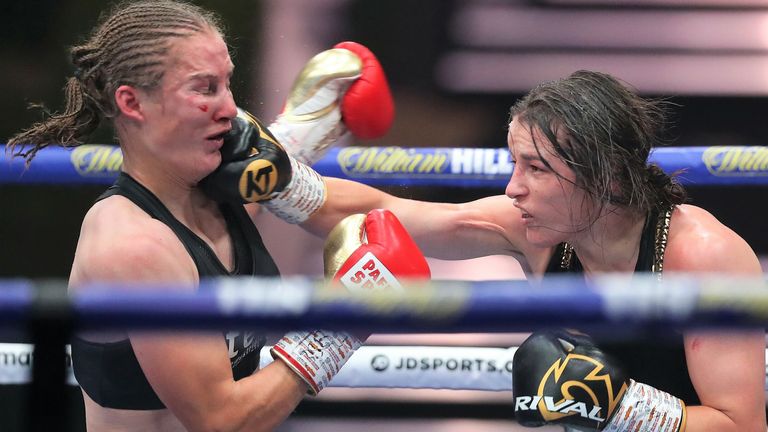 A COUNTY Wicklow woman has won an all female competition beating another woman to defend the world title in boxing, WWN sport is forced to report.

“Yeah, it was a fantastic game of rugby alright,” voiced one spectator, who was forced to watch glimpses of the Taylor fight on Sky Sports because ‘it was on the telly’, “Munster gave a great game in fairness, but Leister were a better team in the end and deserved the win”.

Citing a very close match up, Taylor fans were quick to silence her critics with a barrage of online comments and support, cementing her win and current title holding as one of the greatest sporting achievements in Irish sport.

“Munster were only robbed thanks to injuries,” another fan explained the Bray boxers second win over her rival Delfine Persoon, “Dave Kilcoyne ankle gave in and sure wasn’t he in instead of an also injured James Cronin and then lost Snyman early in the game followed by Jean Kleyn. It’s just the luck of the game”.

Meanwhile, in more great news for female sports, the GAA championships are expected to kick off over the next few months, much to the sheer excitement of GAA fans.

“That’s not going to clash with the male fixtures, is it?” one sports fan pointed out, “they’re not gonna televise that at the same time? Because with the covid restrictions and that there won’t be much room in the pubs for both men and women”.

“Best put the women’s games on mid week around lunch time – after loose women or something – whatever time they usually sit down after the housework to watch the telly,” he suggested.