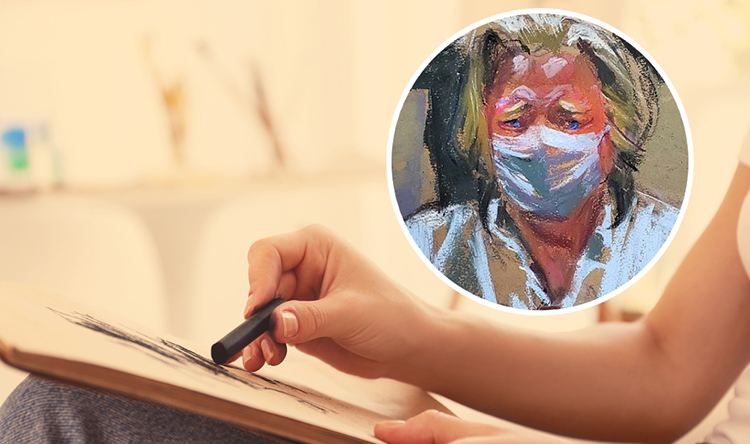 ALTHOUGH courtroom artistry may seem like a dying art these days, it remains a vital component of reporting in cases where TV cameras aren’t allowed in the courtroom, such as in the case of former US presidential aide Steve Bannon, who has single-handedly caused a shortage of red-tinted sketching crayons in Manhattan this week.

Bannon, ageless, appeared at a hearing where he pleaded ‘not guilty’ to conspiracy to commit wire fraud and conspiracy to commit money laundering based on allegations that he defrauded donors to President Trump’s controversial Mexico wall fund, as well as a separate charge of impersonating a human being.

The defendant’s unique complexion caught court sketch artists by surprise, with many rapidly depleting their stock of red, reddish brown, kinda purple, and grey crayons as they composed images of Bannon in the docks, with some claiming that their earlier sketches were null and void due to the former Breitbart editor’s changing tone as more charges were read out.

“Can anyone spare me a stick of Krang Pink?” whispered one artist.

“I’m out, but if you mix a bit of Bellend Blue, with some Deep Wound, it more or less matches him,” answered another. “While I have you, do you have any Dragontooth Yellow? I need it for his eyes”.

The crayon drought is said to last until Bannon’s case moves into the trial stage, at which point it will air on TV, forcing stations to issue guidelines for turning off all HD television settings in a bid to save viewers from turning to stone.