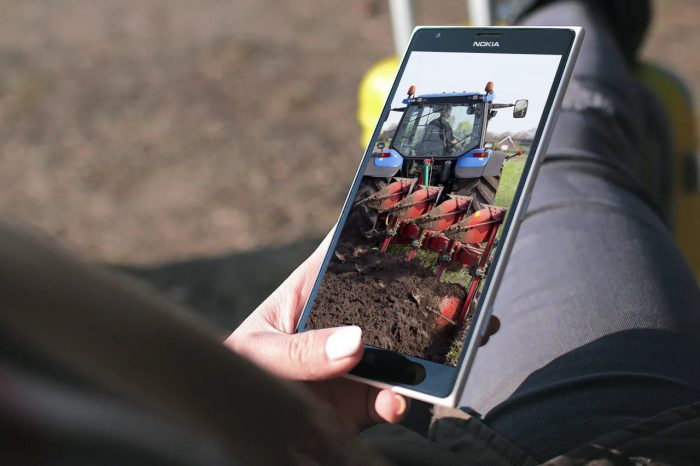 THEY say if you walk down the right country lane in Ireland, take the second left at the four-crossroads, go on about another mile or so until you get to where there used to be a petrol station until they built the bypass, take a right there and keep on going as far as you can go, pull over, walk up the hill and down into McGowan’s meadow, you can find almost anything.

Like ploughing competitions; outlawed in 2020 due to the Covid-19 outbreak, but still very much active on the illegal underground circuit, where furloughed men and women covertly plough furrows, restrictions be damned, all for the richest purse in Ploughing Championship history.

The ploughing match in an undisclosed midlands location that we attended is understandably cagey about our presence; they are untrusting of the media here. But a senior figure known as ‘Deere John’ in the ploughing ring takes a shine to us, and welcomes us over to watch the match, which is taking place in several locations around the country, and broadcast to the phones and tablets of the farmers that surround us.

“There’s the favourite there, a young lad called Gartland who’s ploughing the field out the back of the homeplace in Cavan. Keep an eye on him, I have four grand on him”, Deere John tells us as we observe a young man plough a field on a battered iPhone screen.

“He cleaned up two months ago when we gathered here last. Fucking unstoppable so he is. But he’ll be there for a while, come on over here ’til we show you this. There’s more to a ploughing match than ploughing”.

We’re lead to a different stall, across the field. On the way we pass a number of farmers unloading a clearly-kidnapped Marty Morrissey from the boot of a Jetta, demanding that he give ‘live reports’ for authenticity.

Deere John leads us to a picnic table under a tree, where several people have gathered to watch a man give a speech about renewable energy and the benefits of biodiversity corridors on their land.

“It’s very interesting, so it is” muses John, with no notion of following up on any of it.

There’s a hubbub from the ploughing observers, and we’re rushed back to the one spot of the field that has a bit of reception to check in. We want to stop and get a flier from a man in a trenchcoat that promises €100 off the price of an Aga cooker if installed by an Aga representative, but John tells us there’s no time.

On the screens, our man in Cavan has done… something. There’s massive uproar. It’s hard to tell if the spectators are happy or not. Out of nowhere, someone starts giving out about the IFA. A large tupperware box of sandwiches is passed around. We feel dizzy, and leave.

They say if you walk down the right country lane in Ireland, you can find almost anything. They didn’t say it would be pretty.