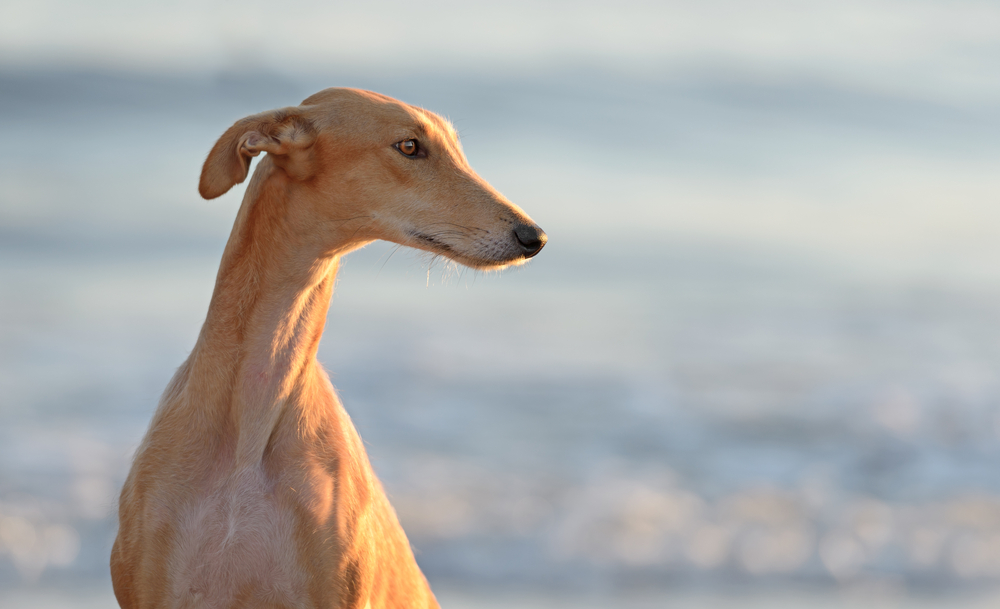 “I like to exercise, and some people just can’t handle that”.

WWN was granted exclusive access to a photoshoot earlier this week, in which a 4-year-old greyhound hit back at critics who claimed she was “too skinny” on social media.

Skipper, who is a very good dog, was horrified to return from walkies in the park only to find pictures of herself on Instagram and Twitter with captions claiming that she “must have an eating disorder” and that she “needed to go and get a good big bowl of Pedigree Chum for herself”.

“‘Look at this skinny bitch’, that was the most common thing people were saying,” said Skipper, who worked hard to regain her figure after giving birth to a litter of 14.

“People can be as cruel when they’re talking about slim dogs, as the can when talking about overweight dogs. People see a pug waddling along and say oh, good for him, he’s confident and curvy. Then they look at me and say I’m disgusting because you can see my ribs.

“These photos will show that I’m perfectly comfortable with my body shape, and any one that doesn’t like it can sniff my last lamppost,” she concluded, before sprinting away.