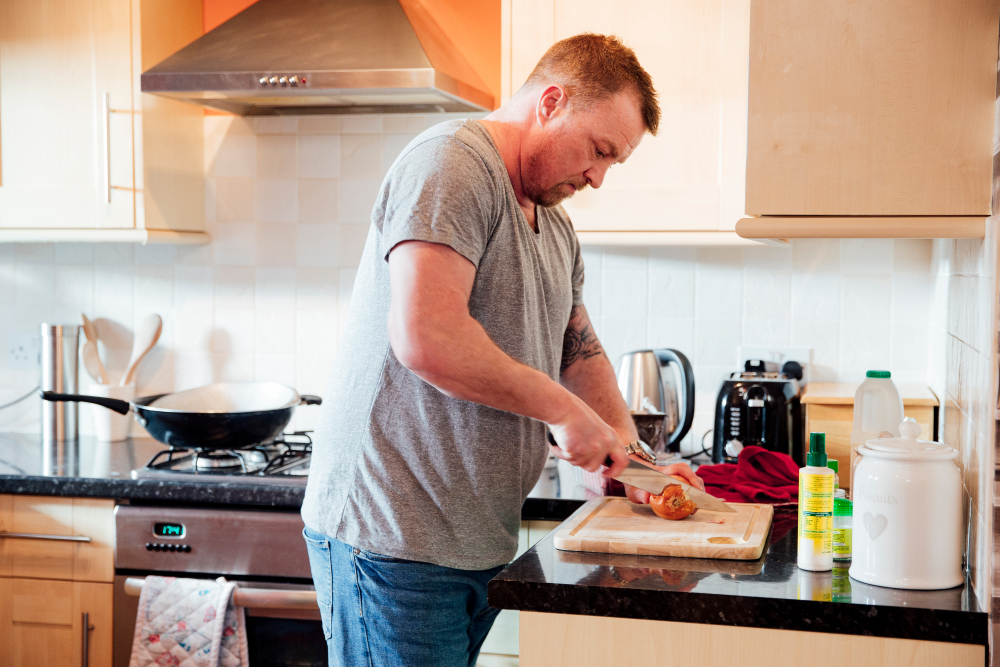 A LOCAL man who briefly found his groove on the chopping board and made light work of half an onion now believes he’s ready for the big time and a place on BBC’s flagship cooking show, Masterchef.

Shocking himself in what can only be described as an out of body experience, Daniel O’Boyle (35) “went mad fast chopping” in his own words while preparing a spaghetti bolognese.

Looking around to his if his partner noticed his ascension to chef immortality from way over there on the couch, O’Boyle cursed himself for not having CCTV installed in his apartment kitchen to provide him with footage to watch back and marvel at.

O’Boyle then insisted on demonstrating the new skill for his partner, careful to raise one eyebrow afterwards to indicate she should be very impressed by what she’s just witnessed.

“I always knew I had it in me. I find losing my temper very easy, so I’ve got the Gordon Ramsay side of it down,” explained O’Boyle, “but seriously, it was all chop chop chop chop. I obliterated the onion in, Jesus, it must have been 3 seconds”.

Drunk on the adrenaline of having performed a feat more closely associated with Michelin star winners, O’Boyle thought better of also mentioning the fact he subsequently hacked a bit of finger off when trying to repeat the quick chopping technique.