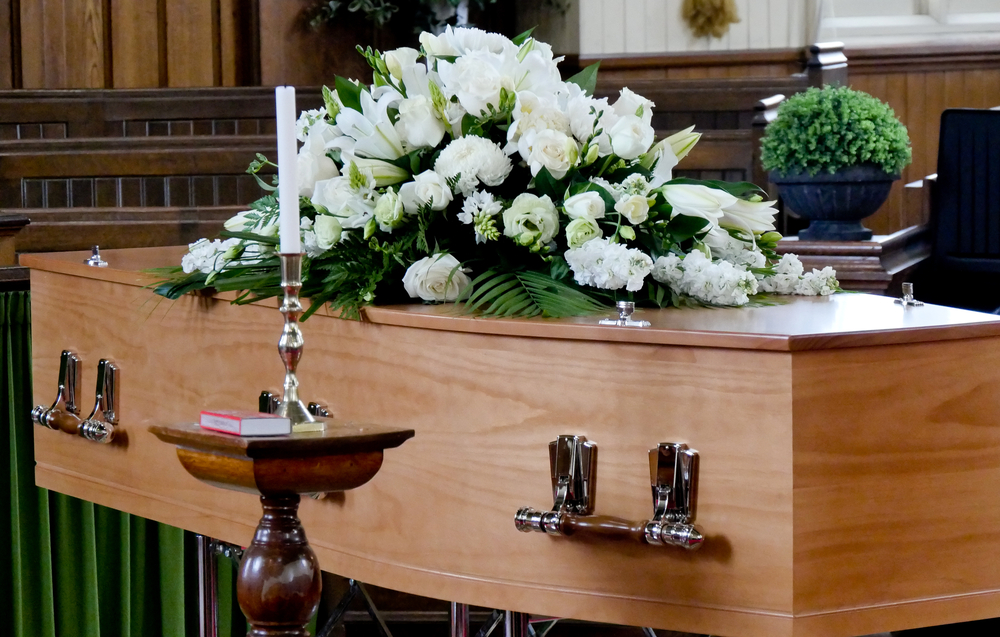 MOURNERS packed tightly into the rows of pews housed in the Church of St Ignatius in county Kildare were treated to a beautiful funeral mass celebrating the life of Alan ‘The Hammer’ Lowney who passed away aged 33.

Fr. Noel O’Canolyn spoke of the ‘kind-spirited and generous gentle giant’ who had time for everyone and had a ‘heart of solid gold’. Lowney, who earned his nickname ‘The Hammer’ due to his fondness for beating seven shades of shite out of scores of people using his trusty hammer, passed peacefully during an armed stand off with police.

Eschewing the more traditional aspects of a funeral mass, Lowney’s loved ones forewent hymns in favour of versions of Coldplay’s ‘Fix You’ and Eric Clapton’s ‘Tears in Heaven’ which The Hammer, described by his family as a big softie, was said to have listened to during the quiet moments he had to himself during his 64 separate stays in prison.

Relations brought up symbols to the front of the church which included a barb wired covered hurl to signify his love of sport and a rolled up fifty euro note and credit to symbolise his dedication to charity.

“There isn’t a person with a bad word to say about Alan,” continued the priest, accurately noting all the people who badmouthed The Hammer at any point in their lives rarely lived beyond that evening.

“He is with God now,” Fr. O’Canolyn added unconvincingly, “but it is not for us to ask why he was taken from us so young,” he continued, likely unaware The Hammer was wanted in connection with several murders and kidnappings.

The Hammer is survived by other members of his crime gang but for how long is anyone’s guess.