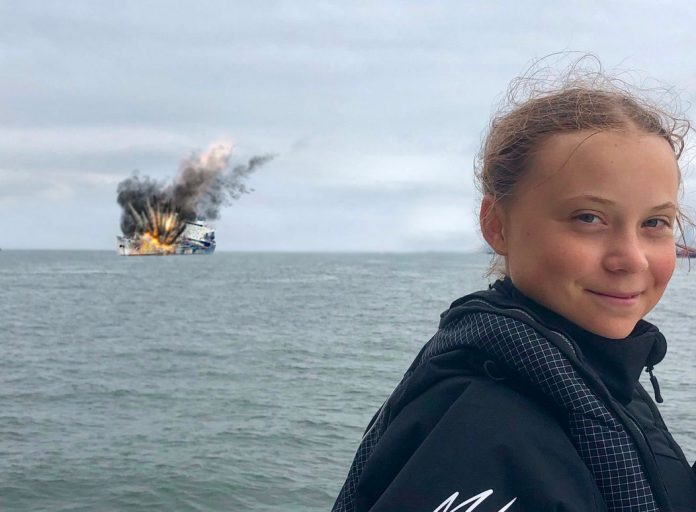 Acting with truly inspiring cruelty and vengeance despite her young age, Greta Thunberg has already downed five tankers and hijacked several merchant ships with plastic-laden containers during her journey across the Atlantic.

The young activist, who is due in Madrid today to attend the Climate Summit held from the 2nd-13th of December, has given orders to chase, sink, board and assault all the ships she considers enemies and a threat to the nature.

The Plymouth, the Thunberg ship, is a very light sailboat, which gives it a key strategic advantage when facing off with the large ships that cross the ocean so cumbersome they are ill-suited to repelling the attacks, according to some maritime navigation experts WWN spoke to.

Little is known of the ships that have sunk, been hijacked or looted. The captain of a merchant assaulted by Thunberg had time to send a brief distress message that does not give details about the fate of the crew or their cargo:

In the last hour, sources close to The Plymouth have informed WWN that, as Thunberg approached the Spanish port of Vigo where she was set to disembark she noticed the city’s lights shining with more intensity than necessary and so gave the orders to bomb and destroy the city.