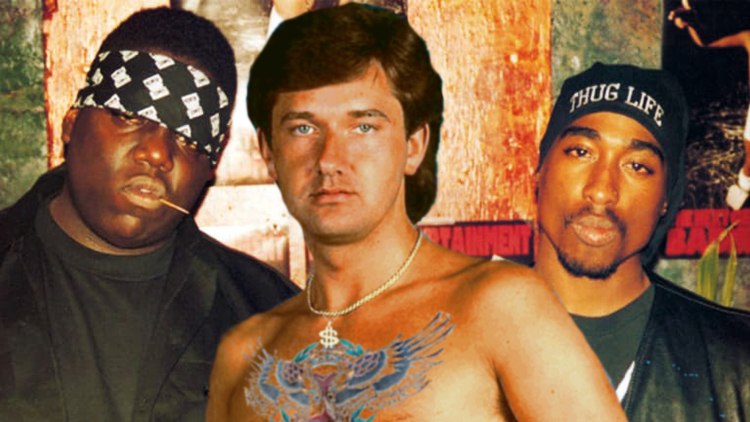 O’Donnell has yet again been forced to distance himself from the murder of rapper Tupac Shakur in September 1996 and Biggie Smalls in March 1997 after being hauled in for questioning once more by US police.

“Take these motherfucking cuffs off me pigs,” a visible irate O’Donnell said as he left a downtown LA police station besieged by media photographers.

Dogged by these accusations throughout his career, O’Donnell has repeatedly denied that there was particularly bad blood between the three men nor was he responsible for their deaths in any way.

“Sure, did I disagree with Tupac when he produced and guested on my ‘Hugging Mammies & Kissing Grannies’ album? Yeah. I told him straight out his rhymes were weak. Some punches were thrown but that’s all in a day’s work in the rap world,” O’Donnell said in the controversial HBO documentary ‘The Truth About Biggie & Tupac’.

Famously O’Donnell had said he was ‘at mass’ on the two fateful nights the rappers were slain, but his alibis did not check out. Fans turned their back on O’Donnell when they heard of his poor mass attendance record with his popularity only returning to its 90s height in the last few years.

Leaked audio recording from the documentary purporting to be O’Donnell whispering ‘what did I do? Killed them all of course’ have never been verified.