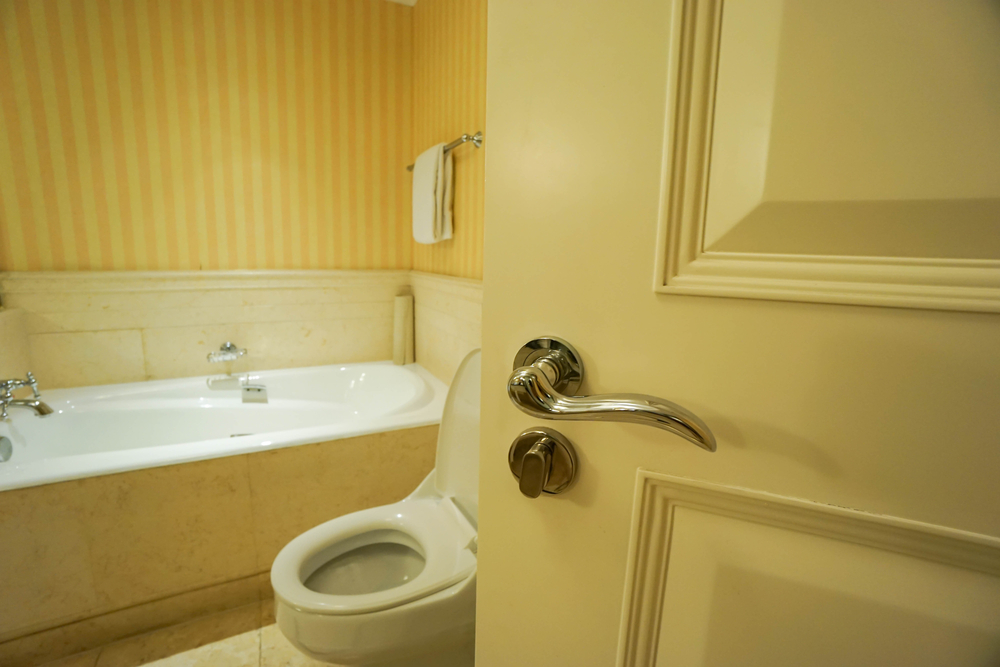 YET another visitor to the home of Waterford oddballs the O’Riordain family has fallen victim to the clan’s bizarre decision to not bother putting any form of locking mechanism on their bathroom door, WWN can confirm.

Sean Walsh, 23, had dropped by to visit college pall William O’Riordain in his Tramore home earlier today, when he fell foul of the families’ ‘sure what would you need a lock on the bathroom door for’ policy, resulting in what Walsh describes as ‘the tensest shite of his life’.

Doing his best to keep one foot as extended as possible to block the door should it swing open, Walsh did his business on the O’Riordain throne before quickly heading out to ask his pal William ‘what the fuck’ the story was with the wide-open bathroom situation in the house.

“He told me that the family just never bothered putting a lock on the door, and that in the history of the house, nobody had ever walked in on anyone else” said Walsh, still shaken after his narrow escape.

“So like, I suppose that’s okay if you’ve lived in the house your whole life and you’re used to the comings and goings of the people in it, what it sounds like when someone opens the hall door, the sound of approaching footsteps, the average time it takes your mother to get from point A to point B, that kind of thing. But surely you’d spare some thought for a visitor to the house, no? At least have a little bolt to slide over, so they can go to the jacks in peace. There’s no other word for it, other than ‘odd as fuck'”.

Walsh has however admitted a newfound respect for his pal William, as ‘any man who can learn how to wank in a house with no lock on the bathroom door certainly has balls of pure steel’.