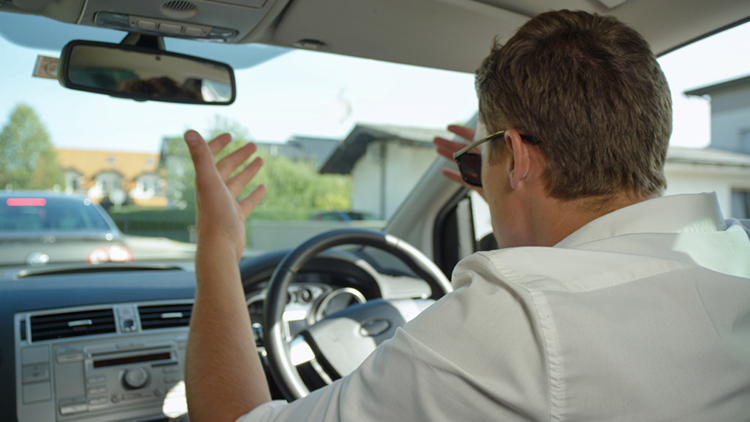 THERE’S SOME pig ignorant pricks out there on our roads, chief among them idiotic drivers who think they’re big and clever by driving the speed limit.

Fifty? FIFTY? Fifty measly kilometres in a fifty kilometre zone? What sort of deviant would debase themselves with such sordid and perverse behaviour?

Enough is enough, some of us sensible drivers have somewhere to be and need to do it while exponentially increasing our chances of killing someone on our way there. Here’s how to let those obeying speed limit slaves know they’re in the wrong:

Dislocate your wrist by grabbing the steering wheel too tightly in a rage while thrashing about violently.

The swear-nado. A flurry of expletive laden invective about how the driver’s mother is a whore and their father is a belligerent half-wit. Don’t stop until you’ve used all the swear words you know. Still angry? Make up some new ones.

At this point you should be gently nudging the back of their car with yours, it’s politest way to communicate ‘I’m sure this is a simple error on your part, but I’ve got anger problems and your going 30 kilometres an hour outside a primary school and it’s fucking driving me nuts’.

Honk honk motherfucker. A good beeping will let the goodie two shoes know how stupid they look in their slow car.

Overtake at wildly accelerated pace only to slow down dramatically once you’re parallel with the driver’s window and begin waving your hands in an angry fashion in a bid to communicate how irresponsible they’re being by maintaining the correct speed.