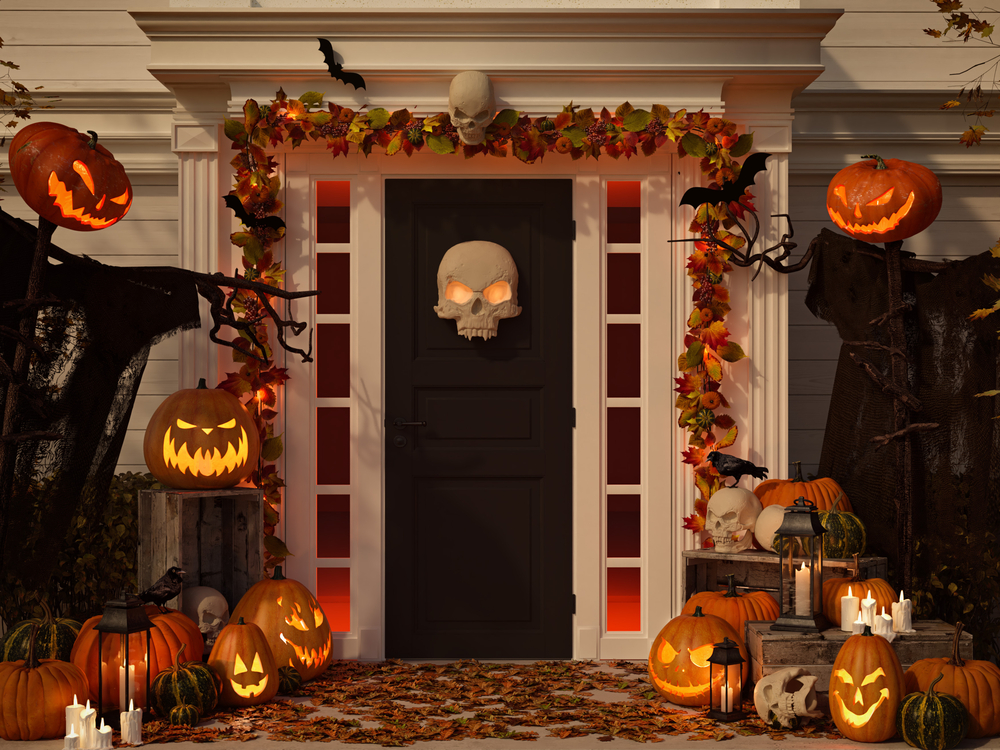 AN EMERGENCY meeting of the Beechwood estate residents association has called for immediate action over one family’s insistence in decorating the outside of their house in elaborate and over the top Halloween decorations, like they’re American or something, living in America.

The Moores, who reside in no. 35 with the blue garage door and the 19-W black Peugot have gone all-out with their Halloween decorations for the third year running, resulting in action finally being taken by their long suffering neighbours.

“All you need is a pumpkin and a small bit of fake spider’s web on the hedge out and if you’re a show-off, a skeleton in the window. But the Moores, oh no, they’re trying to create a whole immersive Disneyland-standard experience complete with 10 actors paid to walk around like zombies, the mad cunts,” exclaimed Donal from down the road.

The Moores were unavailable for comment as patriarch of the family, Martin, was currently on a ladder hanging yet more Halloween crap on the front of the house; adding to the realistic Terminator robot which was currently shooting machine gun fire from the chimney, the open grave dug up in the garden and the series of haunted dolls climbing the walls.

Residents denied their objection to such ostentatious displays of Halloween decor was rooted in jealousy stating “no, it’s not that at all, it’s just very un-Irish to be this enthusiastic about an Irish festival, just calm down you American wannabes. Next they’ll be calling sweets ‘candy'”.