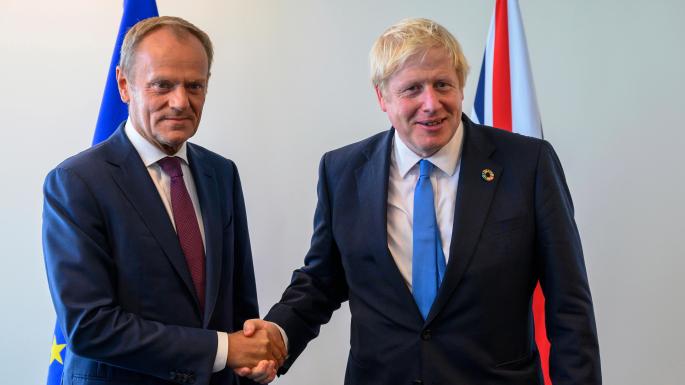 NEWS that Britain has made a promise to finally have ‘its shit together’ by the later date of January 31st 2020 has been greeted with defeated looks by everyone affected by Brexit as they weep at the mere thought of having to contemplate this interminable torture for even one more life-sapping second.

“The extension is necessary,” European Council president Donald Tusk shared before slopping around on the floor like a slug due to his body being so devoid of hope and energy, with his face long, grey and drained of joy.

“What is joy, but an allusion. Don’t speak to me of joy, joy is as ancient and lost as the Jurassic age,” Tusk added, a solitary tear rolling down his cheek.

The toll Britain’s inability to leave the EU has taken on everyone cannot be underestimated as the mere mention of a further extension has actually resulted in crops wilting, computers blowing up and newborn babies trying to rush back inside their mother’s womb to escape the numbing repetitive Groundhog Day existence that is Brexit.

“You know who I envy? Any of the lucky pricks who died before any this Brexit shit kicked off,” shared Michel Barnier, who, for his sins has to interact directly with Boris Johnson.

Asked if believed British politicians could rally together to find a way to make sure Brexit happened in January 2020, Barnier began laughing, then crying, then laughing again before making a beeline for a nearby balcony and being restrained by security staff.