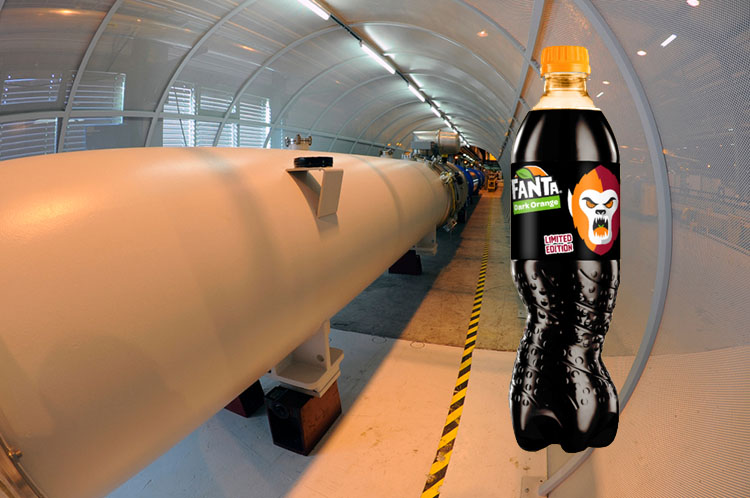 CERN scientists in conjunction with Fanta’s innovation department have announced a breakthrough in quantum science which could revolutionise the world as we know it, WWN has learned.

Experimenting with the large Hadron Collider for the past 12 months, the fizzy drink manufacturer reportedly spent over $2bn on particle accelerator tests in the hopes of finding dark matter and to create the world’s first carbonated drink from it.

“Of course, the discovery of dark matter is probably one of the biggest scientific achievements the world has ever seen, solving countless energy problems and eradicating the need for fossil fuels, but this is minute compared to the cold, dark delicious taste of this new fizzy drink,” CERN scientist Dr Fraser Hansklaut told WWN, “I could go on for hours about how this discovery will shape humanity for the better, but wow, this drink feels like Stephen Hawking is crying on my tongue”.

Fanta executives later confirmed that the new drink will be called ‘Dark Orange’, referencing the complicated nature of sourcing its main ingredient, dark matter, and science’s ongoing mission to find it.

“We’ll probably keep how we got dark matter under wraps for now as it could be dangerous if it got into the wrong hands,” a Fanta spokesperson confirmed, “but 500ml bottles of our new drink will be available for a limited time only over the Halloween period.

“Just please, whatever you do, don’t shake the bottle before opening them”.