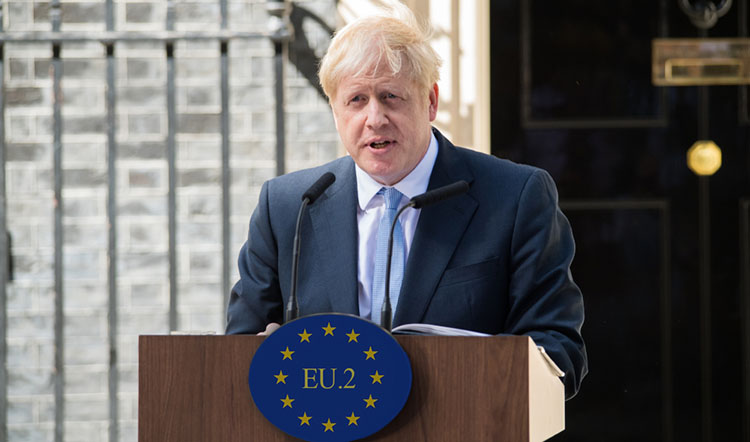 STOCK markets across the world have been sent into a frenzy this afternoon as the UK announced it will launch its own European Union next year, aptly naming the new venture EU.2, WWN can confirm.

“This will be the best EU ever,” a desperate looking Johnson babbled, clearly terrified now he finally had to deliver an actual plan.

Now holding up a blue flag with one single gold star, presumably representing Britain, “we won’t let anyone else in, you’ll see, only the cool nations can roam around and everyone will trade in Sterling. Yeah, that’s it, everything will be swell”.

As the bewildered press packed up their equipment and began leaving afraid to bear witness to the pathetic scene, Johnson found a second wind thanks to the rabid encouragement of his cabinet colleagues and chief of staff Dominic Cummings.

“Finally, with EU.2, Britain and every other country will be free from EU tyranny in this new political and economic union of 28 member states that will trade as one giant economic block,” Johnson added to an empty room, wrongly satisfied he hadn’t made a complete fool of himself.

“Hello? Anyone there? What if I call the Irish Paddies, or the Germans nazis? Or talk about painting buses as a hobby? Will you take me seriously then? Muslim women? Letterboxes?” said the now defeated Johnson, falling to his knees.