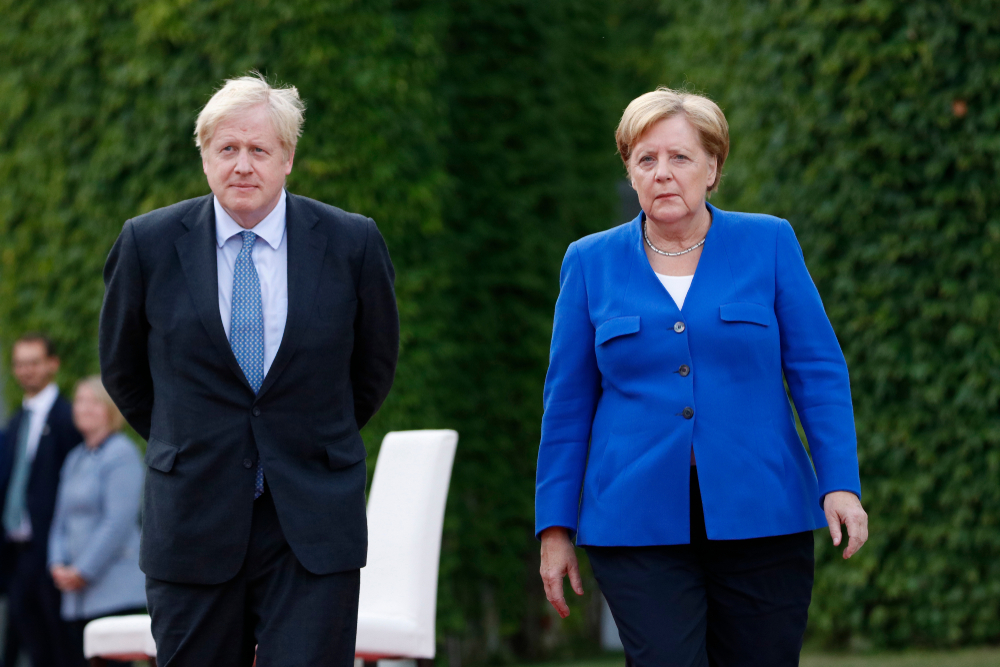 FRESH from Brexit officially been upgraded from a ‘shit show’ to ‘a festival of faeces that never ends’, Britain’s planning has officially entered the ‘Germans are Nazis’ phase of successfully safeguarding Britain from the harmful consequences of a potentially devastating no deal Brexit.

“Germans are Nazis innit,” explained head of PM Boris Johnson’s Lazy Xenophobia And Racism department, who, while not personally circulating an image of Merkel to cynically imply she was carrying out the Seig Heil salute next to the words ‘We didn’t win two world wars to be pushed around by a Kraut’, appreciated the hate it stirred up all the same.

“Merkel is Hitler innit, and worse still, an intelligent woman at that,” explained another man, naked and painted head to toe as a Union Jack, before going on to add he would welcome increased levels of poverty, crime and food and medicine shortages and the utter ruination of the UK as long as he could be properly racist again.

Shameless Merkel, is, according to leaked Downing Street information that is definitely not made up by Johnson and Dominic Cummings, solely responsible for forcing the British government to make monumentally stupid decisions with impressive speed and consistency.

Such was the furore caused by the incendiary image pushed out to appease racists and knuckle draggers, the British media forget to cover Northern Ireland, the Irish border and the Good Friday Agreement in the news for the 1,202nd day in a row.